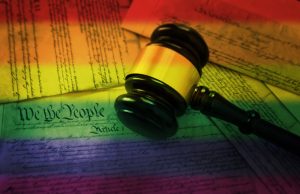 When parents decide to divorce, the custody of their children is often one of the most contentious issues that must be addressed. In recent years, as society has become more accepting of LGBTQ+ individuals, some courts have been asked to rule on whether a parent’s attitude toward their LGBTQ+ teenager can or should, affect child custody decisions made by the family court. While there is no easy answer, it should be obvious that a child’s well-being will almost always be the paramount concern in such cases.

When there are stark differences in opinions about alternative lifestyles or gender identity, the family court may take pause to determine what, if any, serious effects these differences have on the family dynamics. For example, if a parent constantly berates their LGBTQ+ teen for their identity or their lifestyle choices, studies have shown this can have a negative impact on the child’s mental health, which judges know can lead to many more serious problems later, such as self-harm, poor school performance, and running away from home. If the parenting process is already strained due to a divorce, the child may feel even more torn between the two parents they have always loved, making the potential emotional burden on the child more severe than in typical divorce cases.

In cases like this, the court may decide that it would be in the best interests of the child to award custody to the parent who is more accepting and supportive of their teen’s identity, even if only temporarily. Divorce is already such a difficult time of adjustment for the entire family the family court judge may decide to temporarily grant custody rights to the more accepting parent, but only long enough for the family dynamics to settle down and give the family time to take advantage of family or individual counseling before reviewing the custody decision on a more permanent basis sometime later.

This is not to say that the family court is taking a political or moral stance on LGBTQ+ issues, but rather that the judge is typically going to be keenly aware of how each parent’s treatment of the child, in general, affects the child’s ability to live a safe and healthy existence under each parent’s care and custody.

In the Matter of A.C. (Minor Child), an Indiana DCS Removal Case

An extreme example of this type of case played out in 2021 in an Indiana courtroom and was recently decided by the Indiana Court of Appeals. This case did not involve divorce at all, but rather was a case where the Indiana Department of Child Services filed a case against parents to have their child removed due to the verbal and emotional abuse the parents allegedly inflicted on the child related to the teenager’s LGBTQ+ status and lifestyle preferences. To read more about the case, click here.

The bottom line of a complicated legal argument presented by the parents was the court did not rule that the parents had to accept the teen’s lifestyle preferences or identity declaration, but rather, the court found the State had good cause under the best interests of the child argument to remove the child from the parent’s custody as long as the mental status of the child, and therefore the child’s physical well-being, was in danger.

The Court eloquently summed up its ruling as follows:

“We also conclude that Child’s continued removal from the home does not violate the Parents’ constitutional rights to the care, custody, and control of Child or to their rights to the free exercise of religion. The Parents have the right to exercise their religious beliefs, but they do not have the right to exercise them in a manner that causes physical or emotional harm to Child.“

On the other hand, in a divorce case that involves child custody, if the evidence shows that both parents are equally supportive and loving toward their LGBTQ+ teen, then this should not necessarily be a factor in determining child custody. In fact, the LGBTQ+ issue may not even be raised by the parties’ attorneys in any of the court filings – which is always ideal, given most divorce records are part of the public record.

In these cases, when the issue is addressed, but there are no major disagreements between the parents, family court judges will typically only consider the standard factors like each parent’s ability to provide for the child’s physical, emotional, medical, spiritual, and educational needs when making a custody decision. The sexual orientation or gender identity of the minor child will likely never be mentioned by the family court.

Ideally, in any divorce case involving child custody, the sexual orientation or gender identity of the minor child will never be mentioned by the family court. However, if evidence shows that a parent’s attitude toward their LGBTQ+ teen might create a negative situation for the child, the family court may consider denying that parent custody to protect the best interests of the child.

While the family court cannot dictate whether a parent must accept their child’s gender or sexual preferences, if there are major differences in opinion on how the child should be treated because of their beliefs or preferences, most courts will likely err on the side of caution and place the child in the custody of a more accepting parent versus a parent who may endanger the child’s long-term mental, emotional, or physical well-being.

If you are facing the possibility of divorce and child custody of a minor child who has identified as LGBTQ+, it’s important to talk to an experienced family court lawyer in your area to determine how your local family courts are handling these issues. If you’re in South Carolina, it’s important to contact an experienced family court attorney like J. Benjamin Stevens today to discuss your situation. Even if you aren’t in South Carolina, Mr. Stevens is happy to offer referrals to a well-qualified attorney located in your state.

Ben Stevens is a Fellow in the prestigious American Academy of Matrimonial Lawyers and the International Academy of Family Lawyers, and he is a Board-Certified Family Trial Advocate by the National Board of Trial Advocacy. He has represented parents in child custody and other Family Court cases all across South Carolina for over twenty-eight years. If you or someone you know is facing a child custody or visitation case, contact our office at (864) 598-9172 or SCFamilyLaw@offitkurman.com to schedule a consultation.

Source: In the Matter of A.C. (Minor Child), Child in Need of Services, and M.C. (Mother) and J.C. (Father) v. Indiana Department of Child Services