In response to an increasing number of New York City retailers which have refused to accept cash as a means of payment, the New York City Council voted on January 23, 2020 to ban brick and mortar operated businesses from only accepting credit, debit or digital payments.  The new law will go into effect 270 days (9 months) after Mayor DeBlasio, who supports the bill, formally approves the measure.  The New York City Council bill follows on laws passed by the City of Philadelphia in February 2019 and the State of New Jersey in March 2019 — which prevent businesses (including restaurants) from refusing to accept cash.  The laws are part of an effort to protect those most economically disenfranchised from accessing certain businesses.

The Philadelphia law went into effect in October of last year.  It exempts municipal offices (so long as there is at least one where a cash payment can be made), parking garages and cooperative purchasing arrangements and imposes fines of up to $2,000 per violation.  The New Jersey law went into effect upon passage in March 2019.  It exempts municipal garages, automobile rental facilities, and airport retailers so long as there are at least two businesses per terminal that accept cash.  It imposes fines of up to $2,500 for the first and $5,000 for each subsequent violation and creates potential liability under New Jersey’s Consumer Fraud Act.  Both the Philadelphia and New Jersey laws exempt purchases made by mail, telephone or over the internet.  Ironically, though this new legislative movement is a response to the increasingly electronic-only retail-scape, New Jersey is actually the second State, after Massachusetts (which banned electronic-only payments back in 1978) to have passed such a law.

New York City’s proposed measure exempts business with machines that convert cash into a card for use as payment and further allows retailers to refuse to accept payment with bills larger than $20.00.  As in Philadelphia and New Jersey, New York City’s proposed measure further exempts telephone and internet transactions. First-time violators would be subject to a fine of up to $1,000, and $1,500 to reach subsequent violation.

According to a Pew Research Center survey released in 2019, Americans are less reliant on paper bills and coins than ever before.  The survey found that 29 percent said they made no purchases using cash during a typical week, up from 24% in 2015.  And, those who made all or almost all of their weekly purchases with cash dropped from 24% in 2015 to 18%.  But, not all of this is part of a natural evolutionary migration to electronic payments:  In 2017, Visa, Inc. incentivized this movement by offering 50 restaurants that agreed to ditch cash a $10,000 reward to spend on marketing and point-of-sale technology.

Proponents of electronic payment only systems claim that they prevent theft, increase the speed of customer transactions and safety of their employees, improve customer satisfaction, and (albeit, perhaps too late) protect against privacy concerns raised by each and every transaction leaving a digital footprint.

But, a recent FDIC survey found that 6.5% of all U.S. households did not have a bank account.  And, the rates are disproportionately higher for African American and Latino households, with only 16.9% and 14%, respectively, having bank accounts.  The numbers are no better locally.  As of 2013, 12% of New Yorkers did not have a bank account.  These recently enacted laws are likely only a temporary stop-gap measure to protect those most economically vulnerable while they catch-up to a changing economy.  Whether truly beneficial to those who are under-banked, or simply good populist politics – it is almost inevitable that we will see more laws like these enacted in the near future at both the City and State levels.

If you have any questions about this topic, please contact Daniel Goldberg at digoldberg@offitkurman.com or 347.589.8542. 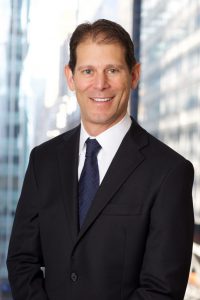