How Many Divorce Cases Actually Go to Trial? 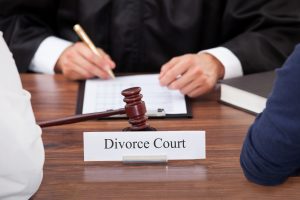 If you’re thinking about filing for divorce in South Carolina, you may be interested to learn more about how the process will unfold. Though most people think that divorce involves spending a lot of time in front of a judge, with lawyers arguing and witnesses testifying, the reality is far different. Instead of lengthy and contentious litigation, most divorces get resolved out of court.

How common is trial?

Though television and movies often focus on dramatic court battles, in practice, most of the work in a divorce case is handled in an office building rather than a courthouse. Though it may not make for exciting entertainment, lawyers and mediators are far more likely to be involved in resolving divorce cases than a judge. Keep reading to find out how many divorce cases actually go to trial.

Why do some couples avoid trial?

So why do so few divorce cases end up being tried? Court battles are not only lengthy and exhausting, but also expensive. Hiring lawyers to sit in court for hours at a time, not to mention the days or weeks of prep time, can cost a small fortune. Court is also, by its very nature, an adversarial setting. This means it is far more likely to be confrontational and uncomfortable than working things out privately.

How often do cases settle?

So what do the numbers say? Though there is no definitive answer about how many divorce cases go to trial, the range of numbers makes it clear that only a tiny minority are ever decided by a judge. Estimates on the percentage of cases that get tried range from  2 percent by some experts, to 5 percent by CBS, to 7 percent according a Massachusetts survey to 10 percent by an expert from California. These numbers mean that, at worst, 9 out of every 10 divorces get resolved outside of Court, which are good odds for those worried about the expense of trial.

Source: “The Divorce Process,” by Rome Neal, published at CBSNews.com.