Something Every Commercial Lawyer Should Know 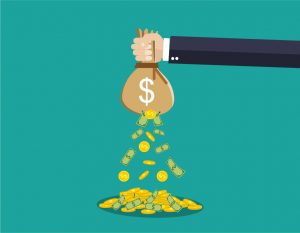 Commercial litigation often involves claims in which the Plaintiff is seeking damages for lost profits arising out of a breach of contract by the Defendant.

Whether we as lawyers are representing the Plaintiff or the Defendant, the nature of the damages – “consequential” damages or “general” damages – will help determine the viability of the claim and the degree of “certainty” of proof necessary for the Plaintiff to prevail.  Thus, these issues must be evaluated before commencing litigation if you are representing the Plaintiff – and as early as possible when defending against damage claims asserted against your client.

In a case recently filed in New York in which we represented the Plaintiff, we encountered a motion at the end of discovery to dismiss our claim for “lost profits” damages when the Defendant asserted the Plaintiff was seeking “consequential damages” (i.e., indirect damages) that were not “foreseeable” and could not, in any event, be proven with the required “certainty.”

We countered with the argument that our client was not seeking “consequential damages”; rather, it was seeking “general” or “benefit of the bargain” damages arising out of the breach by the Defendant of contracts pursuant to which our client was to provide specified services over the course of two related 69-month and 66-month contracts. These contracts – for which monthly payments were to be made in the amount of roughly $10,000 – were, we argued, breached after only six months when the Defendant improperly terminated them.

Even though we believed our client was plainly seeking “general” (or “benefit of the bargain”) damages, the District Court agreed with the Defendant that our client was seeking “consequential damages” which were “not within the contemplation of the parties at the time of contracting” and – in any event – the amount of such damages could not be proven with the required “certainty”.

We promptly filed in a motion for Reconsideration which analyzed (i) the concepts of consequential damages on the one hand, and general (or “benefit of the bargain” damages) on the other; and (ii) the differences in the burdens on the Plaintiff of proving damages which are “consequential” and those which are “general” damages.

In our case, the Defendant (a large multistate corporation) sought to preclude damage-related testimony by our client’s CFO. The Defendant argued that, in order to recover its “lost profits” under New York law (the applicable law in our case), our client had the burden to prove that such damages were “within the contemplation of the parties” at the time the contracts were entered into; and the burden to prove the amount of its alleged lost profits with reasonable “certainty”.

The District Court then dismissed our client’s lost profits’ claims by citing New York authority for the propositions that our client was seeking “consequential damages” over a multi-year period that was “not in the contemplation of the parties” at the time of the execution of the underlying contracts.  Moreover, the District Court concluded not only that our client was seeking “consequential damages” but also that it could not, in any event, demonstrate its damages with the required “certainty.”

This decision had the effect of eliminating our damage claim almost entirely. But it was not a final judgment, so we could not appeal.

Thus, we were forced to make a motion that is often tried but rarely successful: Reconsideration.

In our Reconsideration motion – which was ultimately granted – we focused the District Court’s attention on two cases: a 2007 Second Circuit decision that laid out in detail the distinctions between “lost profits” as “consequential damages” and lost profits as “general” (or “benefit of the bargain”) damages. Tractebel Energy Marketing, Inc. v. AEP Power Marketing, Inc. (487 F.3d 89); and the oft-cited 19th Century British case Hadley v. Baxendale, 9 Exch. 341, 156 Eng. Rep. 145 (1854).

If you have any questions so far on this or any other commercial litigation topic, contact Offit Kurman