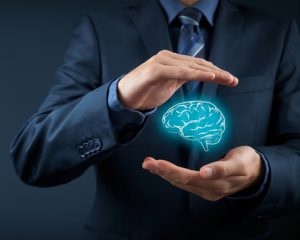 The U.S. Supreme Court has held that a patent owner can recover lost profits earned outside the United States for certain types of patent infringement.  In general, patents are territorial exclusionary rights.  Under U.S. law, patent infringement typically requires that the acts of infringement occur within the United States.  It follows then that damages for infringement are attributed only to the infringing acts that did in fact occur in the U.S.  WesternGeco v IonGeophysical, decided by the Supreme Court Friday, is an interesting exception to the territoriality of U.S. patents rights for infringement theories based on 35 U.S.C. 271(f)(2).

Section 271(f)(2) is relevant when a company supplies a component of a patented invention from the U.S. knowing that the component, when combined with other components, would infringe a U.S. patent if that combination occurred in the U.S.  However, the component shipped from the U.S. must 1) be especially made or adapted for use, and 2) not be a staple article of commerce suitable for a non-infringing use.  In other words, shipping specialized products from the U.S. to a foreign country and combining the products in a way that would infringe a U.S. patent is an act of infringement that entitles the patent owner to a recovery. Even if sales are based entirely outside the U.S.  This is exactly what happened in WesternGeco v IonGeophysical.

WesternGeco owns patents covering technology used to survey the ocean floor. IonGeophysical developed a competing system, made components of this new system in the U.S., then shipped those components  abroad.  There, the components were combined in a way that copied WesternGeco’s own patented system.  WesternGeco filed a suit and proved infringement under Section 271(f)(2).  A jury awarded WesternGeco $12.5 million in reasonably royalties and $94 million in lost profits from the foreign sales.  IonGeophysical appealed the verdict.  On appeal, the Federal Circuit Court of Appeals reversed the award for lost profits, holding that Section 271(f) does not allow patent owners to recover lost profits from foreign sales.  Ultimately, in a 7-2 decision, the Supreme Court reversed that determination in a decision that is generally favorable for patent owners.  Specifically, the U.S. Supreme Court held that a patent owner can recover lost profits earned outside the United States so long as the patent owner proves infringement under 35 U.S.C. 271(f)(2).

The implications of this decision are significant for U.S. exporters and for foreign businesses that receive U.S. exports.  For U.S. businesses that are technology focused, innovative, and have significant foreign sales, patents are valuable assets to have.   Those types of businesses now have the potential to recover damages based not only on U.S. sales but also damages based on foreign sales.  Conversely, patent risks are different now for businesses that have manufacturing operations outside of the U.S. and routinely export components from the U.S. for assembly abroad.  It is now a questionable patent risk mitigation strategy that relies solely on the premise that U.S. patents cover solely U.S. acts of infringement and that any financial exposure would not reach foreign sales.

If you have any questions about this topic or any other intellectual property matter, please contact Greg Grissett at ggrissett@offitkurman.com. 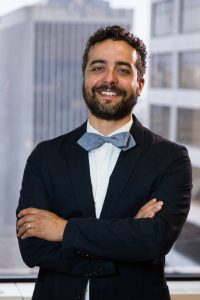