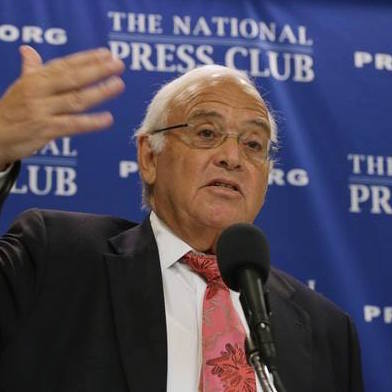 Mr. Garbus is experienced in every aspect of litigation and trial, from jury selection to cross-examination to summation. He has argued cases throughout the country involving constitutional, criminal, copyright, and intellectual property law. He has appeared before the United States Supreme Court, as well as trial and appellate courts throughout the United States. He has argued and written briefs that have been submitted to the United States Supreme Court; a number of which have resulted in changes in the law on a nationwide basis, including one described by Justice William Brennan as "probably the most important due process case in the Twentieth Century." An international observer in foreign elections, he was selected by President Jimmy Carter to observe and report on the elections in Venezuela and Nicaragua. Mr. Garbus also participated in drafting several constitutions and foreign laws, including the Czechoslovak constitution. He also has been involved in prisoner exchange negotiations between governments. He is the author of six books and over 30 articles in The New York Times, The Washington Post and The Los Angeles Times. Mr. Garbus is featured in Shouting Fire, an award-winning documentary film about his life and career. He received the Fulbright Award for his work on International Human Rights in 2010. In 2014, University College Dublin's' Literary and Historical Society honored Mr. Garbus with the James Joyce Award for Excellence in Law, which is also the same year Trinity College awarded him for his human rights and free speech work.

Mr. Garbus has also taught trial practice at Yale Law School and Constitutional law at Columbia. He has also taught classes in Beijing, China, and Prague, Czech Republic. He has lived and practiced in China and Italy as well as the United States. He authored six books and numerous articles that have appeared in the New York Times, the Washington Post, the Los Angeles Times and numerous legal publications.

Mr. Garbus has given hundreds of speeches on various aspects of law before Bar Associations, corporations, law schools, and on CBS, NBC, ABC, CNN, and other television and radio networks. Martin Garbus’ devotion to ethics, justice, free speech, and the law has garnered enormous respect within the legal community, commercial and corporate sectors, and beyond. His numerous honors include designation in Who’s Who in America, a Profile in the New York Times, inclusion in Who’s Who in Best Lawyers in America, awards from his law school and college, and praise from his numerous high-profile clients.

Mr. Garbus was involved in the following notable cases: