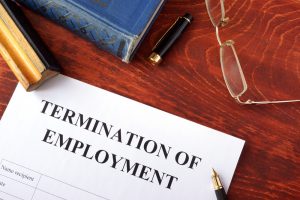 Mr. Imus is the former host of “Imus in the Morning.” The nationally acclaimed talk show, which aired on WABC and was syndicated by Cumulus Media Networks, concluded in March of this year. Mr. Wolf is a sports news broadcaster and anchor (perhaps best known for his catchphrase “Let’s go to the videotape”). The two men worked together for nearly 20 years.

In 2015, Mr. Wolf relocated to Naples, Florida, and started broadcasting from home, rather than WABC’s studios in New York City. To facilitate this working arrangement, he subsequently agreed to a reduction in salary from $197,500 to $80,000. In November 2016, before the agreement was finalized, Mr. Imus terminated Mr. Wolf. Sidney Rosenberg took Mr. Wolf’s place on the program.

The Court found no merit in any of the Plaintiff’s arguments. In reviewing the case, the Court determined that Mr. Wolf “lack[ed] any viable claim under either the NYSHRL or the NYCHRL since the impact of any alleged discrimination would have been in Florida.” Second, the Plaintiff had not “alleged any potentially meritorious factual basis for any of his causes of action, and instead relie[d] on a series of blanket conclusory assertions and assumptions,” with the only specific references to alleged discrimination found in “stray comments made by Imus, a member of the same protected class as Wolf.” The Court also dismissed the breach of contract claim on the basis that the contract had expired. Finally, it was determined that New York had no jurisdiction over Mr. Imus, who has resided in Texas since 2015.

“We are pleased to see a thorough and expeditious resolution to this case,” said Offit Kurman CEO Ted Offit. “It is the kind of outcome that demonstrates the extraordinary skill of our litigators in New York. Well done, Marty and Brendan.”

Martin Garbus has a diverse practice that consists of individuals and companies involved in politics, media, entertainment, and the arts. His courtroom skills have earned him a distinguished reputation as a trial lawyer. Throughout the course of his career, Mr. Garbus has appeared before the United States Supreme Court, as well as myriad trial and appellate courts. A number of his cases have established new legal precedents in the Supreme Court and in courts throughout the country. Over the years, numerous media outlets — including Fortune, CNN, Bloomberg Businessweek, and various legal magazines and journals — have profiled or featured Mr. Garbus, or ranked him among the US legal elite. Time magazine has called him “legendary” and “one of the greatest trial lawyers in the country.”

Mr. Garbus and Mr. Marx joined Offit Kurman earlier this year, along with more than a dozen other attorneys from Eaton & Van Winkle and Menaker & Herrmann. To learn more about the firm’s services, capabilities, and recent expansions in New York, visit offitkurman.com.

Mr. Garbus is experienced in every aspect of litigation and trial, from jury selection to cross-examination to summation. He has argued cases throughout the country involving constitutional, criminal, copyright, and intellectual property law. He has appeared before the United States Supreme Court, as well as trial and appellate courts throughout the United States. He has argued and written briefs that have been submitted to the United States Supreme Court; a number of which have resulted in changes in the law on a nationwide basis, including one described by Justice William Brennan as “probably the most important due process case in the Twentieth Century”.