The Road Ahead for New Jersey’s Cannabis Program 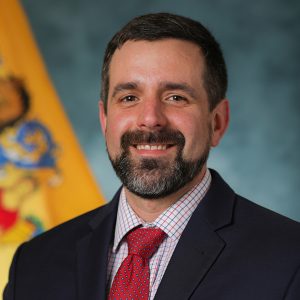 Jeff Brown serves as the Executive Director of the Cannabis Regulatory Commission. In this role he is responsible for the management and direction of the staff and offices at the Cannabis Regulatory Commission, and the operations necessary to regulate New Jersey's cannabis industry.
Prior to being appointed by the Governor as Executive Director, Jeff served as Assistant Commissioner at the NJ Department of Health, overseeing the Division of Medicinal Marijuana. Under his leadership the Division of Marijuana expanded access to patients throughout New Jersey, increasing enrollment from 17,000 in early 2018 to over 100,000 at the end of 2020, and tripling the number of dispensaries. He also served a critical role in the Department's COVID-19 response efforts, serving as the Department lead for the Atlantic City Field Medical Station and assisting the Department's COVID-19 testing task force.Prior to working at the Department, Jeff worked extensively on the passage and implementation of the Affordable Care Act, particularly the creation of health insurance exchanges and the expansion of Medicaid, led an association of community-based providers to implement innovative new payment models in Medicaid, and fought to expand access to healthcare in New Jersey's urban communities by developing sustainable financing policies.
He has served in leadership roles in the NJ Health Care Quality Institute, the Hospital Alliance of New Jersey, and NJ Citizen Action, and has served on the boards of the Trenton Health Team Accountable Care Organization and New Leaders Council, NJ.
Before entering the field of public policy, Jeff worked on a number of electoral campaigns including Joe Sestak's successful primary bid for Senate in 2010, for Barack Obama's grassroots organization, Organizing for America, and he helped launch President Obama's reelection campaign in New Hampshire in 2011.
Jeff grew up in Mercer County and graduated Summa Cum Laude from Rutgers University and prior to that, Mercer County Community College. 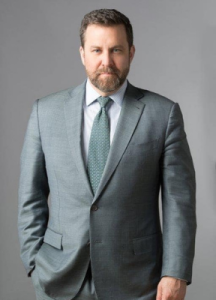 Hugh O'Beirne | Co-Founder of the Cannabis Advisory Group
Hugh is the founder of Hawthorne Ave. Strategies, a consulting firm focused on optimizing business outcomes and strategic goals for US and international cannabis operators. He is also the co-founder of the Cannabis Advisory group, who is proud to co-sponsor this event.
Prior to founding Hawthorne Ave. Strategies, Hugh served as the President and Chairman of the Board of Trustees of the New Jersey Cannabis Industry Association (NJCIA). The NJCIA's mission is to enhance the environment for the legal access to cannabis in New Jersey. The over 60 members of the NJCIA represent industry participants and some of the largest cannabis operators from New Jersey, and throughout North America.
He is noted for numerous speaking engagements in North America, and policy work in NJ, PA, SC and other states.
Prior to his work in the cannabis industry, Hugh was chief legal officer of a publicly traded REIT, and has worked as a corporate and securities attorney for major national and international law firms. Hugh holds a JD from Vanderbilt University, a MA from Boston College and a BA from Merrimack College. 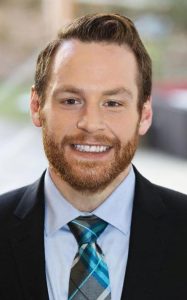 John Hudak | Brookings Institution
John Hudak is deputy director of the Center for Effective Public Management and a senior fellow in Governance Studies. He focuses on campaigns and elections, legislative-executive interaction, and state and federal marijuana policy. John's 2016 book, Marijuanna: A Short History: offers a unique profile of how cannabis emerged from the shadows of counterculture and illegality to become a serious public policy issue and source of legal revenue for businesses and governments.
John's work has been recognized for its quality and contribution by the Midwest Political Science Association and the American Political Science Association's Presidency Research Group. His work has been supported by institutions including the National Science Foundation. 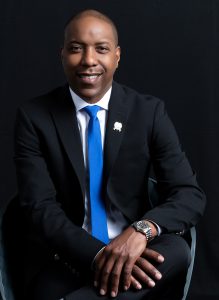 Jamel Curtis Holley, a 1997 graduate of Abraham Clark High School in Roselle, New Jersey, has been regarded as one of the most engaged young activist known throughout his community.
Known for his spirited energy and focus, Jamel has incorporated advocacy with accomplishment to improve issues important to Borough residents and stakeholders. His demonstrated leadership has allowed him to bridge many gaps and foster relationships on everything from preserving Roselle taxpayers' dollars, to standing up for the creation of good government spending practices, to supporting youth recreation, and preserving open space.
In 2002, Jamel earned his Bachelor of Science Degree in Criminal Justice from New Jersey City University, and holds a Master of Public Administration Degree from Kean University.
In 2001, Holley was appointed by New Jersey's Deputy Majority Leader to serve as Chief of Staff. That appointment earned him recognition as the youngest Chief of Staff in the State of New Jersey for any of the State's 120 Legislators. As Chief of Staff, Mr. Holley was responsible for coordinating political and constituency outreach programs, supervising legislative departments and projects, and meeting with lobbyists, community leaders and local, state and federal officials on a regular basis.
On November 2, 2004, Holley won the General Election for Councilman At Large in the Borough of Roselle. He became the youngest Councilman in Union County at age 25. Later that year, Holley was one of 40 people nationwide to be honored by The Network Journal Magazine for his achievements and his contributions to the African American community. Holley was tapped by New Jersey Democratic State Committee in 2004 to serve as a Member of the Affirmative Action and Outreach Committee for the Democratic National Convention. In this position, He assisted the National and State Democratic Party in expanding the base of individuals that may apply for positions in their communities, as delegates and members of outreach committees throughout New Jersey. His responsibilities included utilizing his contacts with community African-Americans and other minority residents to further diversity and minority representation throughout the State of New Jersey. Holley was once again successful in his 2007 and 2010 election bid for Councilman At Large. In November 2011, Holley was elected Mayor and became the youngest Mayor ever elected in the Borough's 117th year history.
In January 2015, Holley was appointed to fill a seat in the New Jersey General Assembly representing the 20th Legislative District. This appointment made Holley the first African American to represent the district in the New Jersey Legislature. Holley later won the election bid for the full term in November 2017 and again in November 2019. Currently, Holley is the Director of Public Works for the Township of Irvington. Holley is the grandson of the late Yvonne Holley, and has two younger brothers, Jesse a former wide receiver for the National Football League (NFL) Team New England Patriots and Dallas Cowboys, and youngest brother Joseph.
Holley's future plans include continuing his public service in order to serve others using his experience and knowledge of local, state and federal government.

This event will be hosted by Offit Kurman's Cannabis Group, featuring Greg Sutton.