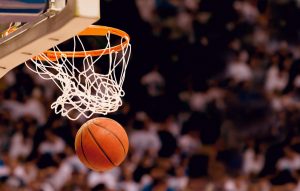 June 18th, 2019 | Philadelphia, PA Before he took to the court last Monday night, every piece of publicly available information suggested that Kevin Durant wasn’t ready to start a professional basketball game, let alone play in the NBA Finals, after suffering what his team, the Golden State Warriors, called a calf injury. For four weeks, Durant hadn’t been on a basketball court. Three days before Game 5 of the Finals against the Toronto Raptors, Durant went through a practice that reportedly “didn’t go well on any level.” These sound like the type of details that typically foreshadow a player being on the bench in street clothes, or at least being kept on a minutes restriction.

Neither of those things happened, and by now you know what followed as a result. You know that Durant started last Monday’s game, sat for only two minutes and 20 seconds of the first quarter, and then made it through two minutes and 11 seconds in the second quarter before rupturing his Achilles tendon while trying to get past Serge Ibaka. Next came Warriors general manager Bob Myers’s tears after the game, and the inevitable blame game rabbit hole that consumed the discourse surrounding the injury.

But in that search for a person to blame, a critical detail was glossed over—a chance to address the very real concerns that date back decades about how team doctors operate and where their loyalties lie. In Durant’s case, that means examining why so many reporters are still giving the Warriors the benefit of the doubt, and the benefit of parroting what the Warriors say in print, while ignoring the huge conflicts of interest that team doctors carry with them.

The ethics of what a doctor is supposed to do and the goals of a doctor employed by a sports team are inevitably in conflict at some point. This is mostly due to pressure coming from multiple sources, as he lays out in a 1998 law review article, Winning Medicine: Professional Sports Team Doctors’ Conflict Of Interest. First is pressure from the business side of a team—which is what the franchise essentially is, a business. A team’s medical staff is part of a system that can influence wins and losses just as surely as coaches and executives are, and their success or failure in their role naturally influences the franchise’s bottom line. As University of Washington law professor Steve P. Calandrillo puts it in a 2005 publication on sports medicine conflicts:

The fact that physicians are employees of the team whose athletes they treat creates conflict of interest that are difficult, if not impossible, to satisfy ethically. When a team hires a medical provider, the purpose of that employment relationship is to further the interests of the sports franchise.

The second pressure he notes comes from the patients themselves. These are athletes whose professional reputation and financial prospects will be greatly affected by whether or not they return to action, and there are powerful incentives for them to get back out there as soon as possible. The third problem for team-employed medical professionals boils down to being caught between the ethical choice of caring for the health of their player-patients while also maintaining their professional relationship with management, which can fire team doctors if they make too many rulings the team’s leadership doesn’t like. All this means that, at any given moment, a team doctor isn’t just keeping the best interest of the player in mind. They also must keep the best interests of the franchise in mind, and by association their own professional concerns.