The Passing Of Richard Schreibstein 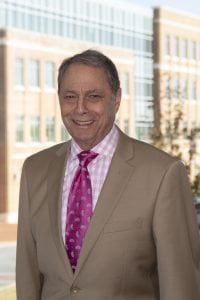 It is with deep regret that we bid our final farewell to our partner and friend, Richard Schreibstein. The Office of Managing Principal at Offit Kurman is sad to announce the passing of Richard Schreibstein, a Principal in our Columbia, MD, office. On Thursday, October 1, 2020, Richard was at his home, surrounded by loved ones, as he passed. He is survived by the love of his life, Janet; his children Melissa and Michael Schreibstein; and his siblings, Scott H. Schreibstein and Stacey C. Paxman. We extend our deepest condolences to them.

Richard joined our firm along with his son Michael, his partner Eric Tucker to maintain and further build a Hospitality Practice for Offit Kurman. Richard quickly established himself as an invaluable and highly respected member of our firm. He combined a high degree of professionalism and a pursuit of excellence in the practice of law.   Richard’s good humor was enjoyed by his clients, co-workers and colleagues.  Richard could often be seen in his office, listening to classic rock, while going about his daily routine.

Through it all, Richard bravely battled the cancer which sought to take him from us.  Despite the challenges of that battle, he was gracious and committed to his family, his health, his firm, and his clients.  His true character was evident in how he continued to practice law, and represent his decades-long clients, while enduring his painful treatment.  He approached the battle for his life with courage and grace, and still showed up with a disposition and a work ethic to be admired.

Legal Operations Chair Linda Ostovitz recalls that “Even during chemo, I would get calls and emails from Richard asking me if I could help out one of his clients.  Despite his own battles, he continued to pursue the battles of others.  And when he was back in the office, he demonstrated his dapper sense of style, especially when he would don his hat, and hop into one of his shiny cars, to drive off the lot like a movie star.”

Richard has deep roots in our community, which included his leadership roles in the Jewish Federation of Howard County, for which he served as President from 2014-2016.  From those relationships are often heard the words leadership, legacy, mentor, strength, and pride.  May his memory be a blessing.

A private virtual funeral service was held on Monday, October 5, 2020, at 11 a.m. Please see Sol Levinson's website for information. Contributions in Richard’s memory may be sent to the American Committee for the Weizmann Institute of Science: 633 Third Avenue, 20th Floor, New York, NY 10017.