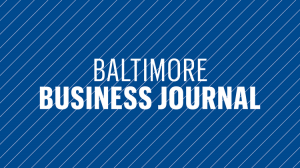 Offit Kurman is the 46th largest private company in Greater Baltimore, according to the Baltimore Business Journal's 2019 ranking, published online and in print last month.

The Baltimore Business Journal's’ annual list ranks the largest regional companies by their 2018 revenue. As the list indicates, the past few years have seen significant growth for Offit Kurman. Between 2017 and 2018, the firm increased its revenue by approximately $15.73 million. Offit Kurman’s employee count in Baltimore was 103 (of 351 total employees) at the time the Baltimore Business Journal captured the data.

This ranking is the latest in a recent string of lists recognizing Offit Kurman’s growth. Earlier in 2019, the firm was included among Law360’s “400 Largest Law Firms in the U.S.” and Virginia Lawyers Weekly’s “Virginia’s Largest Law Firms.”

Offit Kurman expanded significantly in 2018 following strategic affiliations with attorney groups throughout the East Coast. This year, the trend has continued, most recently with the firm’s affiliation with Horack Talley in Charlotte, North Carolina — a move that added fifty-eight employees to Offit Kurman’s ranks.