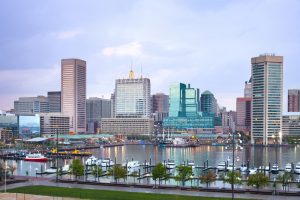 Offit Kurman is one of the 50 fastest-growing companies in Greater Baltimore, according to the Baltimore Business Journal’s most recent “Fast 50” list.

Each year, the Baltimore Business Journal publishes the Fast 50 to honor the top companies in the region, demonstrating consistent rates of rapid growth. For this year's list, the publication ranked companies by the highest average percent change in revenue between 2016 to 2018. To be eligible for inclusion, companies had to have revenue of at least $100,000 in 2016 and $1 million in 2018.

Offit Kurman has grown approximately 50% in the past two years through strategic affiliations in Greater Baltimore and surrounding markets. In 2017 and 2018, the firm significantly expanded its presence in New York City, adding dozens of attorneys and opening a new office in Midtown Manhattan. Earlier this year, the firm affiliated with Charlotte, North Carolina-based Horack Talley, laying the foundation for further southward expansion.

Meanwhile, Offit Kurman continues to grow in Pennsylvania, Virginia, D.C., and its home base in Maryland by affiliating with experienced legal professionals. In September, nationally recognized attorney Jack Garson and several of his colleagues at Garson Law joined the firm in Bethesda.

The Baltimore Business Journal will unveil the region's ten fastest-growing companies, as well as the company who made the top spot on the list, at a special event later this month. For details and to see the full Fast 50 list for 2019, click here. For more information about Offit Kurman, including news of the firm’s recent growth, visit offitkurman.com.