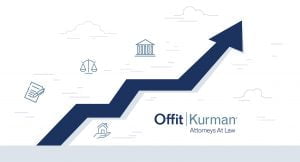 "Like many niche practices that specialize in a single practice area, the Hardin Law Firm has a stellar reputation and excellent clients. Joining forces with Jim Hardin and the team will enhance Offit Kurman's brand as a leading provider of legal services in the Carolinas."

James C. (Jim) Hardin III is a Board Certified Specialist in Estate Planning and Probate Law in South Carolina and North Carolina and has consistently been named one of the Best Lawyers in America in the area of trusts and estates, as well as Business North Carolina Legal Elite, a North Carolina Super Lawyer and a South Carolina Super Lawyer. In 1986, in recognition of his significant contributions to the area of trust and estate law, Mr. Hardin was elected a Fellow of the American College of Trust and Estate Counsel (ACTEC), a nonprofit organization comprised of the nation's premier trust and estate counselors.