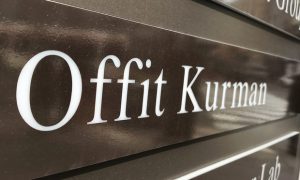 Mid-Atlantic midsize firm Offit Kurman has added to its New York presence for the second time this year, affiliating with 12-lawyer Menaker & Herrmann.

Ted Offit, chairman of Offit Kurman, said the agreement includes employment offers to all lawyers and staff of Menaker & Herrmann, as well as its office space at 40th Street and 5th Avenue in Manhattan. The deal is set to take effect April 30.

Offit said the firm will be 160 lawyers once the affiliation is final, and the Menaker & Herrmann group will grow the firm’s business by about 10 percent. While Offit did not describe the deal as a merger, all of the smaller firm’s lawyers and staff will become part of Offit Kurman, and Menaker & Herrmann will no longer exist as an entity.

The addition brings Offit Kurman, which was founded in Baltimore, to 20 lawyers in New York City, including eight it hired from now-dissolved Eaton & Van Winkle earlier this year. The firm also had three lawyers in Iselin, New Jersey, before this year, bringing its total attorney head count in the New York region to 23.

The firm has employed a regional expansion focus, which has been successful in the Washington, D.C., Baltimore and Philadelphia areas.

“We want to be one of the larger firms serving the privately held marketplace,” Offit said. “If we do it right, we’ll be able to add real quality service at a better price.”

Menaker & Herrmann has a full-service practice, Offit said, with a special emphasis on construction, including representation of architects and engineers, as well as financial services litigation and other high-end litigation. The latter includes the firm’s representation of the trustee in the Lehman Brothers bankruptcy.

“Construction has been our fastest-growing practice area,” Offit said, noting several hires in the firm’s suburban Philadelphia location last year. “We know contractors are the types of clients that use Offit Kurman.”

Firm founder Richard Menaker said he has been approached with a number of merger, acquisition and affiliation opportunities over his firm’s 35-year history, but he’s never been interested until Offit Kurman’s proposal came along.

“It encompassed taking our entire staff and lawyers. There was no cherry-picking,” Menaker said. “In the past firms had expressed interest in taking only our senior lawyers.”