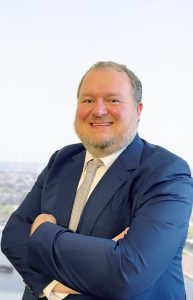 Offit Kurman is pleased to welcome Michael J. Freestone to the firm’s Bethesda office. He joins as a principal in the firm’s Immigration Law group.

He is involved in numerous pro bono immigration activities, including providing immigration counsel to a local theatre company and assistance with non-immigrant visas for victims of crime, including attempted murder, battery, assault and domestic abuse.

While obtaining his master’s degree, he served as a case reporter for the Oxford Journal of International Law in Domestic Courts and covered International Law issues arising in several Supreme Court terms, the First Circuit and the State of New York.