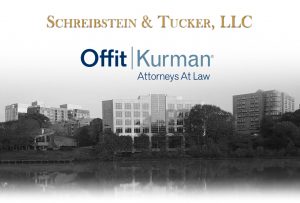 Offit Kurman is pleased to announce that the attorneys of Schreibstein and Tucker have agreed to join Offit Kurman’s Howard County office in Maple Lawn, Maryland...Read More

Offit Kurman Earns Accreditation and an A+ Rating with the BBB

Offit Kurman is pleased to announce its recent Accreditation by the Better Business Bureau of Greater Maryland, as well as its “A+” rating with the BBB. BBB Accredited businesses meet, commit to, and maintain rigorous standards of transparency and integrity. To be eligible for Accreditation, a business needs to possess an established track record of trust in its marketplace.

Visitors to the Salvation Army offices in Frederick on Tuesday were treated to the full spread of Thanksgiving favorites...Read More

Crooked Crab Brewing Company is Odenton, Maryland's first hometown microbrewery, and one of the first of its kind in Anne Arundel County. The company got its start when founders Earl Holman, Alex Josephs, and Daniel Messeca...CLICK HERE TO WATCH THE INTERVIEW

See more content for CEOs and Business Owners at www.ceominutes.com

THE LAWYER IS IN

A man who was injured in a scuffle as he walked in on a murder-suicide is urging Pennsylvania's highest court to uphold a decision finding that Erie Insurance Exchange was responsible for the cost of defending the gunman's....Read More

When we think about contract disputes, many of us imagine disagreements about the terms of an employment contract or differing opinions on a company’s obligations in a sales agreement. While these types of conflicts can and do arise, a surprisingly high number of contract disputes actually involve insurance policies...Read More