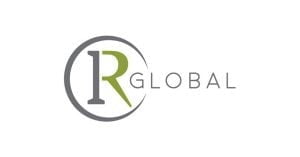 IR Global prides themselves on the fact that they’re the fastest growing professional service firm network in the world. Able to provide legal, accountancy and financial advice to companies and individuals across numerous jurisdictions, the group's founding philosophy is based on bringing the best of the advisory community a system that is ethical, sustainable and enjoyable. IR Members share referrals, development opportunities and can meet regularly at events throughout the year.

Howard’s and Steve’s first communication that preceded the IR Global East Coast meeting was through the IR referral network. Siller and Forte were working on a Maryland lawsuit for one of Steve’s clients and they reached out to Howard for Maryland law assistance.

Stephen Siller is preceded by two of his former colleagues, Thomas Pitegoff and Steve Forte, who joined Offit Kurman in August 2019.  Forte had also helped Siller on the original lawsuit with Kurman.

For more news of Offit Kurman’s recent growth, as well as information about the firm’s comprehensive legal services and opportunities for attorneys, visit offitkurman.com.