Howard K. Kurman Has Been Recognized as One of the Top in His Industry by the Expert Network©

As published on newswire.com 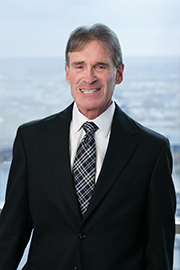 Baltimore, MD, July 18, 2017 (Newswire.com) - Howard K. Kurman, Managing Partner, Offit Kurman Attorneys at Law, has joined The Expert Network©, an invitation-only service for distinguished professionals. Mr. Kurman has been chosen as a Distinguished Lawyer™ based on peer reviews and ratings, dozens of recognitions, and accomplishments achieved throughout his career.

With many decades dedicated to law, Mr. Kurman brings a wealth of knowledge to his industry, and in particular to his area of specialization, labor, and employment law. When asked why he decided to pursue a career in law, Mr. Kurman said:

"As a management and employee attorney, you need to understand how a new administration will affect our employment clients. It's probably still a story that is evolving because we don't know what's going to happen with the Trump administration with everything else that's gone on. I think that's a story yet to be told."

"I was interested in law as early as high school. As soon as I began college, I knew I would pursue law as a career. Taking many courses in history, political science, economics and labor relations, I realized that the profession of law would combine the opportunity to utilize sophisticated analysis and thinking to solve complex business issues in the field of labor and employment law which has always been a passion of mine. The field of labor/employment law combines constant intellectual stimulation with the opportunity to interact with business owners and executives to solve often perplexing problems which occur daily in today’s litigious workplace."