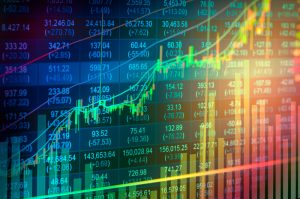 Whether by way of ambition or pressure, Pennsylvania firms were active in the legal merger market last year. And that enthusiasm is likely to continue this year, industry watchers said.

Of the 106 law firm mergers announced in 2018, according to law firm consultancy Altman Weil, 17 involved at least one Pennsylvania firm. (That includes one deal by Offit Kurman, which was founded in Maryland but has its largest office in Philadelphia.)

“We are seeing firms of all sizes clarifying their position on merger, even if that position is ‘not now, not ever,’” Altman Weil principal Eric Seeger said. “Firms are aware that the merger market is stirred up, and most everybody is fielding inquiries.”

A lot of the Pennsylvania combinations involved a small firm being acquired, Seeger noted.

“It took a while for some of the effects of the recession to fade, and firms were gun-shy,” he said. But “when you have more confidence that work will continue to grow and your clients’ needs will continue to grow, you’re willing to seek to continue to do things that are among investment lines and strategic.”

Offit Kurman Attorneys At Law’s mergers and acquisitions (M&A) practice area has earned a strong reputation for our skill, expertise, and efficiency in handling the gamut of business combinations and sale transactions regularly faced by private enterprises. We regularly represent mid-market companies in deals of varying size and complexity. Our comprehensive and cost-effective M&A services involve the sale, purchase, restructuring, and consolidation of business entities and divisions; management buy outs; exit and succession planning; and joint venture transactions