Former sportscaster Warner Wolf (known to sports fans of a certain age for “Let’s go to the videotape!”) sued radio personality Don Imus and others in New York for age discrimination following his termination from the Imus in the Morning radio program in New York.

Wolf has now reached the end of the road in his litigation against Imus and other defendants, following the rejection of his appeal to the Appellate Division, First Department, and the denial of two motions for leave to appeal to the Court of Appeals, first by the Appellate Division and then, on December 19, 2019, by the Court of Appeals.  There is no further appeal available.

Marx and Garbus said that the decision in Wolf v. Imus will be welcome news for media companies across New York, who have less to fear from out-of-state and foreign broadcasters, reporters and guests seeking to take advantage of provisions of New York law meant only for the benefit of real New Yorkers. 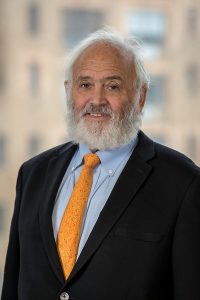 Mr. Garbus is experienced in every aspect of litigation and trial, from jury selection to cross-examination to summation. He has argued cases throughout the country involving constitutional, criminal, copyright, and intellectual property law. He has appeared before the United States Supreme Court, as well as trial and appellate courts throughout the United States. He has argued and written briefs that have been submitted to the United States Supreme Court; a number of which have resulted in changes in the law on a nationwide basis, including one described by Justice William Brennan as "probably the most important due process case in the Twentieth Century."