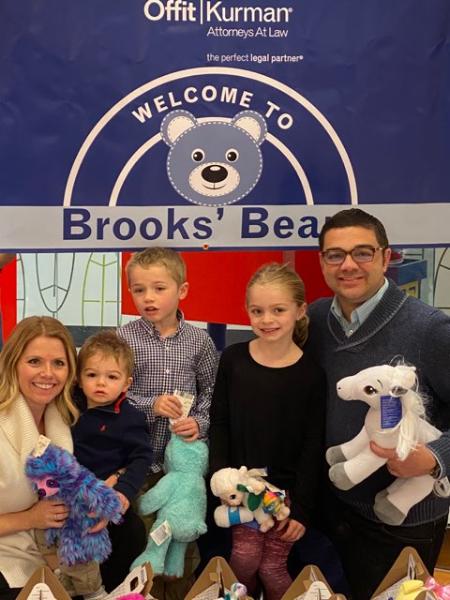 Offit Kurman Family Law attorney Sandra “Sandy” Brooks, along with her husband and three children, hosted the 5th annual Brooks’ Bears at Build-A-Bear in Bethesda. Friends, family, and colleagues were invited, along with their eager children, to build bears for Dr. Bear’s Closet at Children’s National Hospital. The Closet is stocked with toys for the children, going through treatment, as well as their siblings.  They provide comfort and pleasure during a difficult time.

“This event is really special to my family as we’ve seen the positive effect the bears have on the children admitted to spend a night in the hospital,” Ms. Brooks said.  “While a small gesture, the impact is huge, and we are so grateful that the event grows larger each year.”

At the end of the event last year Ms. Brooks made a promise that they would bring in 100 bears in 2019. They met their goal. Children were not the only ones building bears at the event.  “My daughter had a great time helping ‘empty nester’ colleagues build and pick out outfits for their bears,” said Ms. Brooks. Before the bears are boxed they are given a name, birth certificate, and inserted with a plush red heart, and a wish, from the builder.  Not only do the children at the hospital benefit, but the ones creating the bears learn the lesson of giving.

The bears have been dropped off at Children’s Hospital and are waiting for their new forever homes. 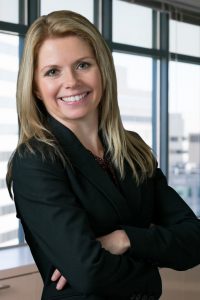 As a family law attorney, Sandra "Sandy" Brooks’ practice focuses on a wide range of aspects in regards to family law. She dedicates her time to assisting clients in domestic law matters including divorce, child custody and visitation, family mediation, spousal and child support, property division, and division of retirement benefits. Other matters that fall under her jurisdiction as a family law attorney include tax consequences of divorce, mediation, prenuptial and post-nuptial agreements, negotiating and drafting of separation agreements, domestic litigation, and post-judgment proceedings.

Ms. Brooks handles cases throughout all counties in Maryland.