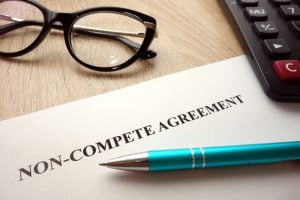 In a move that will shock employers, last week, the Federal Trade Commission (“FTC”), whose principal mission is the enforcement of civil antitrust law and the promotion of consumer protection, issued a Notice of Proposed Rulemaking to ban the use of non-compete covenants throughout the nation. The rule would ban all non-compete agreements with limited exceptions—if it becomes final. The rule would go into effect 60 days after it becomes final, but employers would have only 180 days after publication in the Federal Register to comply.

This rule would have extremely broad coverage. Only certain banks, savings and loan institutions, federal credit unions, common carriers, air carriers and foreign air carriers, those engaged in the business of marketing livestock, meat, and poultry, and 501(c)(3)s would be exempt.

It would supersede all state laws, including existing non-competes, and require employers to rescind non-compete clauses within 180 days after publication of the final rule. Employers would also be required to provide both current and former employees written notice that their non-compete was rescinded. Only one exception exists, and that is for a seller and the buyer of a business, so long as the restricted party is an owner, member, or partner with at least a quarter ownership interest in the business.

Penalties for failure to comply including: (1) injunctions; (2) compliance reporting requirements; (3) forced compliance with the notice obligations, with respect to impacted employees and voiding and nullifying existing non-compete agreements; (4) requiring FTC access to employer’s premises for inspection and interviews; (5) monetary penalties; and (6) notice obligations to the FTC regarding any changes in respondent’s structure (i.e., dissolution, acquisition, merger, consolidation, etc.).

The FTC is soliciting comments for a 60‑day period, which will commence after the date of publication in the Federal Register. Legal challenges to the rule are expected. Comments submitted in response to the proposed rule already emphasize that this rule will hurt both employers and employees. 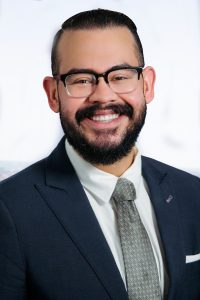 Daniel Trujillo Esmeral is an attorney in Offit Kurman’s Labor and Employment and Restrictive Covenants and Trade Secret Protection practice groups. He focuses his practice on providing proactive and preventative counseling and defending businesses throughout the litigation process. The dual nature of Mr. Trujillo Esmeral’s practice allows him to partner with clients to come up with solutions to their legal issues, big and small, while they focus on growing their businesses. Mr. Trujillo Esmeral has extensive experience drafting non-compete, non-solicitation, and confidentiality and trade secrets agreements and litigating to enforce or combat such agreements in state and federal courts through the DMV and nationwide.