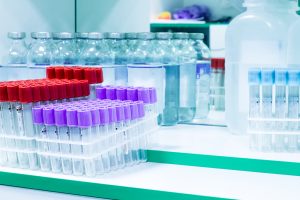 This article provides an update on trends in the case law recognition of foreign insolvency proceedings under Bankruptcy law. Global Cord Blood Corp. (the “Company”) is a company registered in the Cayman Islands with headquarters in Hong Kong and primary operations in the People’s Republic of China (“PRC”). The Company is in the business of collecting and storing umbilical cord blood for the stem cells.

Two major shareholders had differences about a transaction the Company entered.  One of these shareholders challenged the transaction, which purported to transfer millions of new shares of stock and over $600 million in corporate funds to two other companies. The objecting shareholder commenced a proceeding before the Grand Court of the Cayman Islands to challenge the transaction. The Grand Court appointed Joint Provisional Liquidators (“JPLs”) as fiduciaries to investigate and, if appropriate, seek to recover misappropriated funds, Among other things, the petition to the Grand Court asked that the Company be wound up pursuant to section 92(e) of the Companies Act if winding up was  “just and equitable.” The order appointing the JPLs authorized them to take any action as may be necessary to obtain recognition of their appointment in the PRC and in any other relevant jurisdiction and to make applications to the courts of such jurisdictions for that purpose or for the purpose of obtaining information to assist them in their investigations.

While the proceeding before the Grand Court was pending, the shareholder that petitioned the Cayman Island Court filed an application with the United States District Court for the Southern District of Texas seeking judicial assistance pursuant to 28 U.S.C. § 1782.[1] The Texas Court granted the application, but the transferee of the Company’s funds and shares moved to vacate the order.

Shortly thereafter, the JPLs petitioned the Bankruptcy Court for the Southern District of New York for recognition of the proceeding pending in the Grand Court of the Cayman Islands as a foreign main proceeding. The JPLs also sought related relief, including authorization to conduct discovery in the United States in connection with assertedly fraudulent misconduct, including what the JPLs assert was a possible misappropriation of more than $600 million in corporate funds.

Judge Jones answered this question in a recent opinion in the In this case of Global Blood Cord Corporation; Judge Jones of the Southern District of New York denied recognition of the foreign proceeding under Chapter 15[2] because he found that the proceeding in the Cayman Islands at its present stage fell outside the range of types of proceedings that had been found eligible for assistance under Chapter 15, and outside the meaning of applicable provisions of the Bankruptcy Code. In re Glob. Cord Blood Corp., No. 22-11347 (DSJ), 2022 WL 17478530, at *1 (Bankr. S.D.N.Y. Dec. 5, 2022). At the time of the petition, the JPLs had not taken any steps to wind-up the company and no steps related to classification, adjustment, or resolution of specific debts. Accordingly, Judge Jones held that the Cayman Islands proceeding lacked two essential characteristics of a “foreign proceeding” pursuant to Section 101(23). It was not a collective proceeding, and it was not a proceeding for fixing or adjusting debts or creditors rights. The JPLs were not seeking to identify creditors, quantify and classify Global Cord Blood Corp.’s debts, or determine a scheme of distribution to creditors on account of those debts. The creditor body had not even received formal notice of the Cayman Proceeding, and no claim submission or review process was in place.

Considering the nature of their appointment, i.e., the investigation of officers and directors conduct in connection with the transaction subject to attack, it appears that pursuing 1782 discovery would be the only avenue for the JPLs at this stage of the Cayman Island Proceedings.

For more information about seeking recognition of foreign insolvency proceedings in the U.S. or seeking to collect evidence in the U.S., please contact a member of Offit Kurman’s Creditors’ Rights, Reorganization and Bankruptcy Group.

[1] Section 1782 provides foreign parties litigating outside of the U.S. unique access to US-style discovery. Under 28 U.S.C. section 1782 (section 1782), an “interested person” may request that a district court authorize discovery in the United States “for use in” foreign litigation even without the foreign tribunal’s knowledge or involvement. A district court has power to order section 1782 discovery where “(1) the person from whom discovery is sought reside[s] (or [is] found) in the district of the district court to which the application is made, (2) the discovery [is] for use in a proceeding before a foreign tribunal, and (3) the application [is] made by a foreign or international tribunal or ‘any interested person.”’

[2]  Chapter 15, enacted pursuant to the Bankruptcy Abuse Prevention and Consumer Protection Act of 2005 (BAPCPA), incorporates the Model Law on Cross-Border Insolvency promulgated by the United Nations Commission on International Trade Law (UNCITRAL). 11 U.S.C. § 1501 (a) sets forth the objectives of chapter 15, i.e., cooperation between U.S. courts/authorities and those of foreign countries involved in cross-border insolvency cases, greater legal certainty for trade and investment, fair and efficient administration of cross-border insolvencies that protects the interests of all creditors, and other interested entities, including the debtor; protection and maximization of the value of the debtor’s assets and (5) facilitation of the rescue of financially troubled businesses, thereby protecting investment and preserving employment. 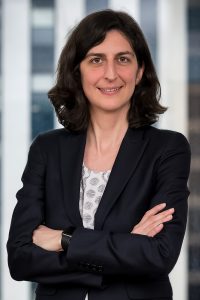