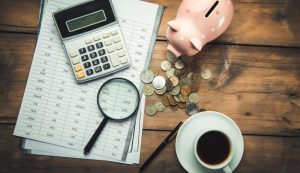 Supporting party contends that s/he has been unsuccessful in finding employment with compensation commensurate to that earned under the former employment, that s/he cannot earn more than $27.50 per hour, and that s/he has it on good authority that their alimony and child support obligation will be based on the actual income from working as a golf club groundskeeper and not on income earned in the past as a bank executive.

The supporting party files a motion to modify, seeking a reduction of the child and spousal support.

What will the trial court do?

Pursuant to North Carolina law, in determining a party’s financial obligation for child or spousal support, the court must base that obligation on the parties’ actual incomes determined as of the date of the support award. There is an exception to this mandate. In Brady v. Brady, a 2022 Court of Appeals decision, the appellate court discussed when it is appropriate to apply the earning capacity rule:

In other words, the court can calculate the support obligation based on the supporting party’s ability or capacity to generate income and is not constrained from using the lower amount of actual income.

Whether imputation of income is appropriate in your case depends on the intent of the supporting party in voluntarily reducing their income. For example:

Obviously, there are additional questions that can be pursued.

Hereinbelow are two North Carolina appellate cases tendered as examples of the type of evidence the court can consider regarding bad faith:

The facts found evidencing the defendant’s deliberate attempts to depress his income in bad faith included his intentionally shutting down his brokerage business and intentionally understating the business’s income; the defendant’s tax returns for 2007 and 2008 were found to be “spurious” and contained falsified and inaccurate information;  defendant forged his wife’s signature on the tax returns; defendant provided support for his paramour and her children while refusing to provide support to plaintiff and his children; and since plaintiff filed her claim for divorce, the defendant has “engaged in voluntary unemployment or underemployment.”

Remember that in order to use the earnings capacity rule, simply quitting one’s employment and taking a lower-paying job is not sufficient to warrant the application of the earning capacity rule. It is not enough to show that the supporting party’s income has been depressed voluntarily. Resigning from one’s job voluntarily without a showing of bad faith does not automatically result in the application of the earnings capacity rule. You must also show that the depression of income through termination of employment was deliberate and motivated by bad faith, that the decision to change or end employment was an attempt to deliberately suppress one’s income to avoid having to pay support. Without that evidence, as well, the trial court is without the power to impute income. ­­­­

Having qualified, knowledgeable attorneys by your side is essential to the protection of your rights. Offit Kurman’s attorneys, who practice in the area of family law, are experienced in handling support matters, including child support, post-separation support and alimony. OK’s attorneys also can and do handle other family law issues. Our attorneys are available for consultation.