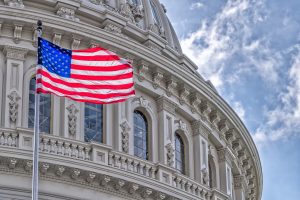 The U.S. Court of Federal Claims (CoFC) issued a recent bid protest decision which confirms the fundamental requirements of fairness and reasonableness in Federal procurement decisions.  In Frawner Corp. v. United States, No. 22-CV-0078 (Fed. Cl. Aug. 8, 2022), the protestor successfully argued that the U.S. Air Force (Air Force) relied on unstated evaluation criteria and inadequately documented its “best value” award determination, entitling Frawner to permanent injunctive relief.  The decision demonstrates that pursuing bid protests in the CoFC, as opposed to the Government Accountability Office (GAO), is a viable means of protest that may be more advantageous to contractors due to the legally binding nature of CoFC decisions and the recent additions to the court of Judges with a more diverse legal background.

Although Frawner was designated as one of the “on-ramp” contractors, it was not awarded an initial contract.  Subsequently, it protested the awards, specifically challenging the Air Force’s use of an unstated $2 million cap on the consideration of relevant past projects in its past performance evaluation.  Without instructing offerors in the RFP, the Air Force designated any offeror past performance on projects which exceeded the cap as “irrelevant” and refused to consider such performance in its evaluation.  Because of the unstated cap, two of the five projects submitted by Frawner were ignored, resulting in a lower “past-performance” score and subsequent relegation out of the top four evaluated offerors.

The Air Force failed to put bidders “on notice” of the serious consequences of failing to meet an unstated $2 million cap requirement, which would render an entire past project’s submission as “Not Relevant” for purposes of the Past Performance analysis. . . . Since a project’s consideration hinged entirely on whether it was valued above or below $2 million, the Air Force was required to disclose this “unstated evaluation criteri[on]” to offerors prior to bid submission.

This decision reiterates several long-standing principles of Federal bid protest law  —  specifically that an agency can not use unstated evaluation criteria which unfairly prejudices offerors in its award decision and that any “best value” trade-off determination must be both reasonable and adequately documented.  Thus, government contractors should not hesitate to challenge award decisions where the government explicitly or impliedly relies on an unstated evaluation criteria or fails to adequately explain the justification for awarding a contract to a lower-rated or higher-priced offeror. 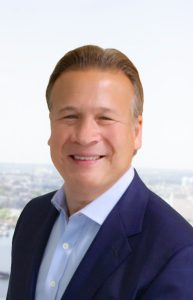 James Dougherty is a principal attorney in Offit Kurman’s Governments Contracts practice group. He has extensive experience in counseling and representing technology companies and government contractors in a broad range of transactional and litigation environments. Mr. Dougherty’s experience in US government contracts law covers compliance counseling, transaction negotiation, rights in and protection of intellectual property, and qui tam, claims and bid protest litigation at both the federal and state level.  He also has extensive experience with public sector technology transactions, commercial software, IP licensing and related transactions, and general corporate compliance.