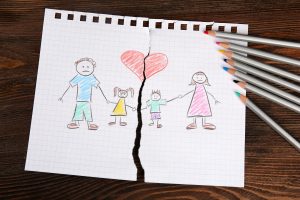 After a long struggle with the other parent over custody of the children, involving protracted litigation, repeated trips to the courthouse and mounting legal fees and costs, a custody order is entered by the court. It contains detailed provisions regarding the physical and legal custody granted to the parties.

You begin thinking that the conflict is largely behind you, and you breathe a sigh of relief. You discover quickly you are wrong, that the battle with the other parent is not over.   The custody order, in all its glorious detail, failed to address to whom the duty of transporting the children for visitation purposes is/are to be delegated. It also does not address whether you can prohibit your ex’s “significant other” from attending family events (such as Thanksgiving dinner). These issues are very important. You and your ex cannot agree on how to resolve the conflict that is engendered by the ambiguity of the court order.    Returning to court is a certainty unless there is a viable alternative.

That alternative is having a “parent coordinator” appointed to your case.

1. What is a parent coordinator?

In North Carolina, a “parent coordinator” (“PC”) is a court-appointed neutral in a “high conflict” custody case empowered to assist the parties in complying with the court order, to resolve disputes pertaining to issues that were not specifically addressed in the order, or to clarify “ambiguous or conflicting terms”‘ in the order.

A PC is appointed by the court when the parents are at an impasse in their case and are not able to parent effectively due to poor or lack of communication, anger, threats or conflict.   That impasse may be due to misunderstanding or misinterpretation of the court order’s provisions, or because the issue was not addressed in the custody order, or the order contains ambiguous or conflicting language which the parties cannot remedy. More importantly, the PC can work with the parents to assist them to mutually resolve the dispute.

Not every case is qualified to have a PC appointed.

3. So, how do I go about getting a PC appointed in my case?

A motion is filed with the court for the appointment of a PC. In granting the motion, the court must make findings of fact that:

A case is “high conflict” where the parties have demonstrated an “ongoing pattern” of engaging in one or more of the types of conduct identified below:

Also, the court can, on its own motion, appoint a PC at its discretion where the conditions warrant the appointment of a PC.

If the parties agree to the appointment of a PC, the court is absolved from the requirement of finding the case is “high conflict.”

5. What are the qualifications of a PC?

The PC must have a master’s or doctorate degree in psychology, law, social work or counseling; have no less than five years of related professional post-degree experience; hold a current license issued by the State of North Carolina in their profession; and complete 24 hours of training in topics pertinent to children related matters.

6. Can I ask for the appointment of a PC before the custody order is entered?

No. The PC can be appointed by the court “at any time in an action involving minor children…on or  after the entry of a custody order, other than an ex parte order, or upon entry of a contempt order….”

7. Can I get a PC appointed in just any case?

No. PCs are available only in child custody cases that are “high conflict,” where the parties demonstrate an ongoing pattern of excessive litigation, anger and distrust, verbal abuse, actual or threatened physical aggression, difficulty in co-parenting and communication, or “conditions that in the discretion of the court warrant the appointment of a parenting coordinator.”

8. What happens if, despite the PC’s efforts, the parties cannot reach a mutual decision or agree upon the resolution of the issue?

The PC can make the final decision. That decision is reviewable by the court. The PCs decision shall remain in full force and effect unless the court finds that the decision is not in the child’s or children’s best interests or the decision exceeds the authority of the PC as defined by statute and the parent coordinator order.

9. Can the PC decide on any issue as long as it is related to the children?

No. The scope of the PC’s authority to make decisions is limited to custody cases.  The PC statutes define the scope of the PC’s authority, which includes but is not limited to addressing and, if necessary, making decisions on issues relating to the implementation visitation” ( such as transportation duties, drop off and pick up time, whether a nonparent is entitled to participate in visitation), health issues, educational issues, child care – even whether the child can get a tattoo or piercing. The statute also grants the court the authority to expand the list of acceptable areas within the PC’s scope of authority.

However, the PC cannot modify the court’s order for custody. The PC cannot award custody or visitation rights.

10. How is the PC’s decision enforced?

The court will use its power to enforce the PC’s decision as an order of the court.

11. Can a PC modify the court’s decision on child custody, visitation, or child support?

No. The court retains exclusive jurisdiction “to determine fundamental issues of custody, visitation, and support, and the authority to exercise management and control of the case.”

12. Can the court modify or terminate the PC order?

Yes, upon good cause shown or by consent of the parties.

13. Why should I want the court to appoint a PC in my case?

Consult with your attorney to decide whether seeking the appointment of a PC should be made in your case. Deadlocks between parents in making decisions pertaining to the children need to be resolved.   The hostility and acrimony between the parents need to subside. The PC serves as a neutral in the case. A PC provides a solution to resolving most parental conflicts in a far quicker and expedient manner than going back to court. It is less expensive than paying an attorney to represent you in court, as well.