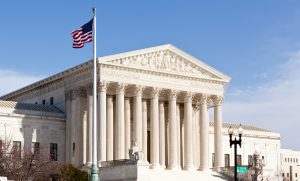 Not too shocking:  about half of Americans’ ratings of the Supreme Court are now as negative as – and more politically polarized than – at any point in three decades.

According to the Pew Research Center’s report published September 1, the share of Democrats or Democrat-leaning participants who say they have a favorable opinion of the Court has dropped from 67% in 2020 to 28% in August 2022. Almost half of the respondents indicated their belief that the Court has too much power. In contrast, Republican and Republican-leaning approval ratings were very similar to 2020 at over 70%.

The justices were once proud to say that they are apolitical, citing the fact that many of their decisions are unanimous, 8-1, or 7-2. But the percentage of those opinions dropped from 49% in 2016 to 28% in 2022, according to the authoritative empirical SCOTUS blog.

I have been to the Supreme Court twice: once in 2015 and once in 2019. Our 2015 opinion was unanimously decided, and in 2019, the Court declined to review the lower court’s decision. This indicates – from my very small sample – cohesive views. Pew’s survey was much larger. It polled 7,647 adults, including 5,681 registered voters, from Aug. 1-14, 2022, using a national, random sampling of residential addresses.

What do you think? Has the 6-3 “conservative” majority been that divisive? And isn’t it sad that we now commonly refer to the “factions” as “conservative” and “liberal”?