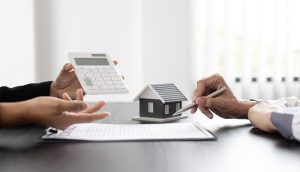 It has been a while since I have written about estate tax issues, but Estate of William E. Demuth, Jr., T.C. Memo. 2022-072, T.C.M. (July 12, 2022) highlights the potential benefits and pitfalls of deathbed transfers. While the motivation in Demuth was estate tax avoidance, the same rationale applies in non-taxable estates in states with high probate fees where deathbed planning seeks to exclude certain assets from the probate estate.

Under Treas. Reg. §25.2511-2(b) a gift is not considered complete until a donor has “parted with dominion and control as to leave him no power to change its disposition.” State law, in this case, Pennsylvania, because that was the state in which the decedent resided prior to his death, determines whether a donor has parted with dominion and control. Under Pennsylvania law, up until the moment the decedent’s bank pays the check in cash or settles (pays) the check with a right to revoke the payment, the drawer (the decedent) has the right to stop payment and, therefore, has not relinquished dominion and control over the funds until that point in time.

Going back to the checks, clearly, the check paid before the decedent’s date of death was excluded. Due to its confusion in terminology, the Service conceded the three checks deposited on the date of death were also excluded (the Service tried to backtrack on this issue before the Tax Court, but the Tax Court found the taxpayer has relied on the Service’s concession and held the Service to its earlier concession). The reason the Service conceded the three checks was its misunderstanding between the term “depository bank” and “drawee bank,” the former being the bank where the payee (the check recipient) deposited the check and the latter being the bank upon which the check is drawn. So, know your terms of art because words matter.

Offit Kurman counsels individuals on wealth planning, including estate and gift tax savings planning and techniques. The views expressed herein are solely those of the author’s and do not constitute and are not intended as legal or tax advice.