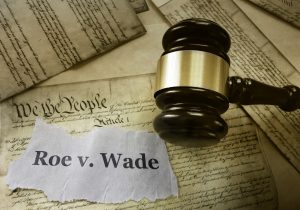 I started thinking of some questions which might occur in the employment context after Dobbs v. Jackson Women’s Health Organization overturned Roe v. Wade and all cases following it since 1973. Here are a few.

The Pregnancy Discrimination Act and Title VII of the Civil Rights Act of 1964 should continue to protect employees of companies with more than 15 employees from reproductive health-related discrimination and harassment even after the Supreme Court’s decision, regardless of their state of employment. Some states also have explicit abortion nondiscrimination statutes and/or a fewer employee number threshold. The Third, Fifth, and Sixth Circuit federal Courts of Appeals have held that an employer can’t discriminate based on the employee obtaining an abortion. The EEOC will continue to take this position. But the best course is not to inquire about employees’ health care decisions in the first place.

Courts generally have held that private employers can’t discriminate based on sex even if the policy purportedly is based on their religious beliefs. However, an exception to Title VII’s discrimination provision bars clergy members from bringing an employment discrimination claim against religious institutions.

Pregnancy itself isn’t a disability under the ADA unless the person is experiencing complications or aftereffects of pregnancy that impact one or more “essential life functions”; for instance, the mother develops long-term high blood pressure, affecting her ability to work at a broad variety of jobs. It’s also feasible that the aftereffects of an abortion could be an ADA disability if it impacts those functions. There will be more claims of disability and requests for accommodations due to pregnancy.

An immediate reduction in the labor force is a logical conclusion. The more pregnancies there are, the more pregnancy-related health issues will exist – leading to more absenteeism, reduced work hours, and disability leaves. Mothers will be out on maternity leave; paid maternity leave is legally mandated in some states. Workers sometimes leave the workforce because of pregnancy.

That’s a few thoughts I’ve mulled over. What questions do you have about the effects of the Dobbs decision?