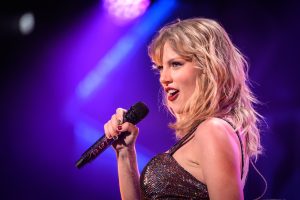 Producers are typically contractors hired either by recording artists, their management teams, or a record label. Often, a producer for a record label is employed by the label, which means sound recordings created by the producer are works made for hire and owned by the label. If you are the artist, your starting point should be that everyone is beholden to you. You created your work, so if you pay a producer directly to record it, you should make sure contractually that you own the resulting sound recording. If you are working with a label, however, the label is most likely footing the bill for this activity and will therefore want to own the rights in the work product for at least some period of time. You need to make sure you understand your rights and those of the label, and at what point (if any) your copyrights revert to you, as many times artists will unduly restrict themselves as far as what rights they have to exploit their works, in exchange for funding the recording project.

The key concept here is that if you created a musical composition, you own it, but how you share the wealth in terms of commercial exploitation if up to you; but you may be in a position of weakness when it comes to negotiating with a label or a producer. If you can, you may want to consider providing that any sound recording is a work made for hire, and the copyright is ultimately owned by you. If the producer is not your employee, this has to be done using a contract. Most artists, however, don’t like dealing with contracts and may not have the resources to hire an attorney to handle this process, which can lead to inadvertent loss of copyrights or at least overly restrictive terms that handcuff the artist for a period of time.

Taylor Swift provides us with an illustrative example of this. I covered this in a podcast last year. She recorded six albums and gave up the rights in the sound recordings to a label, which ultimately landed the rights in the sound recordings in the hands of an overseas investment firm. She didn’t like this outcome. However, she writes her own songs and was able to obtain a contractual provision that allowed here to record her first six albums again after a period of time expired. Because she had disdain for certain individuals involved with her former record label, she began rerecording these albums in order to create competition with them.

This has the effect of creating a bidding war for the use of her music. For example, if I want to license the right to use one of her songs in connection with a scene in a TV show, I might have the option of going to the owner of her original recordings and Taylor herself, as the owner of the new versions. They can then lowball each other, and I can pick the lower-cost option.

For more information on this topic, please contact Scott Lloyd at slloyd@offitkurman.com.