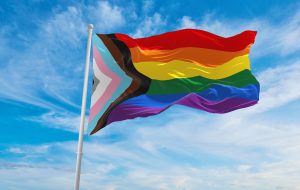 Several years ago, in the wake of the US Supreme Court’s landmark decision in Obergefell v. Hodges – which legalized same-sex marriage nationwide – many same-sex couples who had been denied for decades of the rights of marriage and adoption were quick to secure legal status for themselves and their children. This was especially true in states that did not previously recognize same-sex marriages. In the intervening years, some same-sex couples may have gotten comfortable knowing their ability to marry was a constitutionally protected right and, even when in committed relationships, may have decided to take more time to plan their nuptials, etc. Especially during our recent experiences with COVID-delayed life events, putting off a wedding until “one day in the future” may have seemed the best course of action.

However, given the Dobbs v. Jackson decision handed down on June 24, 2022, Justice Clarence Thomas’ concurring opinion has struck fear in the hearts of many same-sex couples and family law attorneys across the nation. While the Dobbs decision was specifically about whether to overturn the constitutional right of women to access safe abortions under federal law, Justice Thomas called on his fellow Justices to reconsider cases like Obergefell under the decision framework used in Dobbs to overturn the Roe v. Wade decision.

Same-sex couples who have been putting off getting married should consider doing so now, in light of the potential threat to the legal status of such marriages. The Dobbs decision essentially turned over the decision of whether to allow abortions or not and under what circumstances they will be allowed to the states exclusively. If Justice Thomas has his way, the decision to allow same-sex marriages will once again return to the states, and the requirement for these marriages to be recognized nationwide would be in danger. If this happens, it could create legal chaos for same-sex couples and their children.

Most family law attorneys are now urging same-sex couples who are not married but want to be to consult with a family law attorney to find out if they should marry as soon as possible to protect the legal rights most important to them. For couples who are already married and who share children together, if both parents are not yet listed on the children’s birth certificates, they should consult with an attorney who has experience in same-sex stepparent adoptions as soon as possible. While many same-sex couples often build their wishes for the children into their estate planning documents, in case of one parent’s death, estate planning documents are only part of the equation reviewed by the family court when deciding what happens to the children if the only legal parent has passed away. If both spouses are legal parents, the family court does not need to get involved to decide the future of the children in case of the death of one parent.

When same-sex couples are married, or their children are adopted by the non-biological parent, they gain a number of important rights and protections under the law. For example, same-sex couples can jointly file their taxes every year, which can lead to significant tax savings over each person filing as a single person. In addition, same-sex couples currently (and rightfully) have the same rights to social security and veteran’s benefits as heterosexual couples.

In the event of an emergency, same-sex couples who are not married or are not listed as parents on their child’s birth records may not be recognized as family members. If they can’t prove their “family” status, they may not be entitled to the same benefits and protections as other married couples and parents. This will often result in one partner being denied access to their partner or child in the event of an emergency. By securing the legal status of married or legal-parent, same-sex couples can ensure that their family members will be able to stay together and access the same benefits and protections as other families in the event of a crisis or emergency situation. Knowing that your family is legally recognized by all authorities can help you to relax and focus on more important things during a difficult time.

If you and your spouse are considering divorce, don’t make any decisions about how to proceed before talking with a trusted attorney in your area. Your divorce and any settlement you create will be subject to your state’s divorce laws. Without discussing your situation with an attorney, your agreement may not be what you want or what is beneficial to your future.

If you’re in South Carolina, you can reach out to Ben Stevens today to discuss your specific situation. If you are not, Mr. Stevens is happy to provide a referral to a well-qualified attorney located in your state. He is a Fellow in the prestigious American Academy of Matrimonial Lawyers and the International Academy of Family Lawyers, and he is a Board-Certified Family Trial Advocate by the National Board of Trial Advocacy. He has represented parents in child custody and other Family Court cases across South Carolina for well over twenty-five years. If you or someone you know is facing a child custody or visitation case, contact our office at (864) 598-9172 or SCFamilyLaw@offitkurman.com to request a consultation.