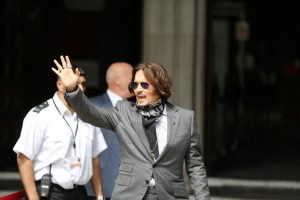 Clients very frequently approach our lawyers with a keen interest in suing someone for defamation, a la Johnny Depp. I strongly discourage these claims. It’s a very tough row to hoe.

First, defamation (libel is written defamation and slander is spoken defamation) requires a statement of fact, not opinion. For example, “John Doe is a racist” is not a defamatory statement because “racist” is an opinion (versus “John Doe used a racial slur.”) It also requires publication – sharing the statement with others. That means that a person could tell you off when you’re in a room alone, and it’s not defamation. Also, there are exceptions: for example, special standards apply to statements about people in the public eye. Almost anything goes with political figures, for instance. Finally, you have to prove actual damages. It might have hurt your feelings that someone published something very negative about you or your business, but did it lead to monetary harm? More than your legal bill would be if you sued?

If the above requirements don’t eliminate the possibility of filing a defamation claim, I still think it’s a very tough one. As clearly revealed at the Depp v. Heard trial, it is “he said, she said” all the way. The plaintiff must prove by a preponderance of the evidence (that’s 51%) that the defendant’s statement was defamatory. Looking at the example above, how does John Doe prove that he did not make the racial slur? It’s his word against someone else’s word. Somehow, Depp pulled off this miracle.

Defamation suits are only for people who lost a lot of money or suffered a huge indignity via the statements and have money to burn. Depp lost a pirate movie and other commercial opportunities; it’s extremely embarrassing to be labeled as a domestic abuser, and he is very wealthy. I shiver to think what he paid his lawyers for that win – against a person who filed a successful counterclaim for defamation against him; likely can’t pay it because the verdict is so large; and, at the bare minimum, won’t be paid for quite a while during the appeals process. I wonder if he feels it was worth it.