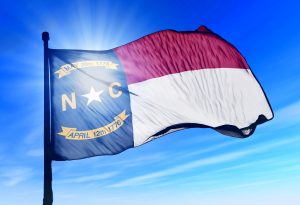 Recently the North Carolina General Assembly changed the law to permit pass-through entities (partnerships and s-corporations) to pay entity-level tax, thereby joining a majority of states (29 at last count) in doing so. The change is effective for tax years beginning January 1, 2022. As with most states, paying tax at the entity level is optional (mandatory in Connecticut). If a partnership pays tax at the entity level, the tax paid is a separately allocable item to the individual partners, so the net effect is the same, which begs the question, then why pay tax at the entity level.

Originally pass-through entity tax (PTET) laws came about as a workaround for the state and local tax (SALT) limitations imposed by the Tax Cut and Jobs Act of 2017 (TCJA). Recall the TCJA limits deductions of state and local taxes to ten thousand ($10,000) annually, but taxes paid y an entity are business expenses, not subject to the 10K cap. There are two potential drawbacks of PTET. First, not all states give their residents credit for PTET paid in other states. Second, in some states, PTET is paid at a state’s top marginal rate (or more), so the advantage may be illusory at best.

But let me suggest an additional aspect of PTET – asset protection. In the traditional model, a partnership would, at a minimum, make distributions to its partners to cover the taxes for the income allocated to each partner. Within the partnership, and here we are talking about a limited liability company taxed as a partnership, not a true general partnership, assets held within the LLC are beyond the reach of an individual partner’s creditors.

However, when a tax distribution is made, the funds out of the LLC and into the individual partners’ bank accounts where the funds then become subject to set-off by the bank, garnishment by a judgment-creditor, withdrawal by a joint account holder, not to mention subject to the joint account holder’s judgment creditors, or, in extreme cases, prejudgment attachment. Depending on the amount of income allocated to a partner, the tax distribution could be substantial. Imagine the disgruntled, secretly planning to separate spouse who waits until the tax deposit is made to drain the joint bank account, leaving the partner/member without immediate liquid assets with which to pay tax liabilities.

On the other hand, if the entity elects PTET, then the funds never leave the entity and are paid by the entity directly to the relevant tax authorities and the tax paid is allocated to the individual members/partners as though the tax distribution had been made to them and they, in turn, paid their respective tax obligations. No doubt, neither the North Carolina General Assembly nor any other state legislative body that enacted a PTET did it for asset protection purposes, but every now and then, life has its little bonuses.

Scott Tippett is a member of Offit Kurman, where he focuses his practice on business and tax planning. Offit Kurman counsels business owners on strategic business, tax, and risk management techniques. The views expressed herein are solely those of the author’s and do not constitute and are not intended as legal or tax advice.