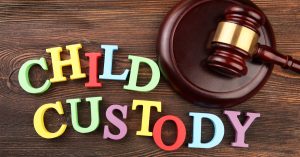 No one goes into a child custody case expecting to lose. Unfortunately, many people do exactly that by asking for too much in their initial pleadings. If you’re considering divorce and have children, or even if you’re considering a modification to a current child custody order, it’s important to remember that the decisions you make during this time will impact them for the rest of their lives. Asking for more than you can realistically be awarded by the Court may seem like a good idea at first, but it can and will backfire badly if the other parent decides to fight back. In this article, we’ll discuss some of the dangers of asking for too much in a child custody case.

One of the real dangers of asking for too much in any child custody case is that you may end up with nothing at all. Child custody cases are decided by judges, who will look at a variety of factors to determine what is in the best interests of the child. If you make demands that are unreasonable, unattainable under the law, or that would not be in the best interests of the child, the judge is likely to ignore them entirely. What’s worse is the judge will likely use this as evidence of your character or your inability to make appropriate child-focused decisions going forward.

Even if you and the other parent are able to come to an agreement on some issues, such as visitation or child support, it’s important to remember that these agreements are not binding on the court. The judge can still modify them at any time if they feel they have enough evidence to support changing your agreement or if it is necessary to protect the best interests of the children involved.

Another danger of asking for too much is that you may set a precedent about your lack of good faith or credibility for all future cases regarding your family. If you make demands that are unreasonable in your current case, the judge may view future requests you make of the Court much more skeptically. This could have a lasting impact on your ability to get what you want in future modification cases, even if your circumstances have changed or if the best interests of the child would now support your request.

It’s important to be realistic when asking for things in a child custody case, both for the sake of your current case and for any future cases you may find yourself involved in. Child custody cases are serious business, and it’s important to remember that what you ask for can and will have lasting implications. If you’re not sure what you should be asking for as the facts of your circumstances change, schedule time to talk through all the options with an experienced family law attorney who will be honest with you about the reasonableness of your litigation goals.

One of the dangers of asking for too much is that you may alienate yourself from these important child custody professionals whose job it is to help evaluate and advocate for what will be best for the children long-term. If you’re making unreasonable demands or acting inappropriately during this process, it’s likely that they will report this to the judge and make formal recommendations against anything you’re asking for as being harmful or potentially harmful for your children. If a judge receives these types of reports or opinions from professionals they work with every week on hundreds of cases every year, they take them very seriously, so always be aware of how your requests, demands, and behavior could be viewed by the judge ruling on your case.

Here are a few examples of what could be considered “too much” when asking the Court for rulings in your child custody case:

These are all examples from real-life cases I’ve seen over the years. The parents taking those positions lost more than they gained in their cases and rightfully so. It’s critical to remember that even when your child custody case is tied to your divorce, the child-related issues will always be resolved from a child-focused perspective. A blunter way to say this is: It’s not about you. It’s only about what’s best for the children. If there are no proven and legitimate reasons to restrict access to a parent, the Family Court will typically rule in favor of both parents being as involved with the child as possible given the facts and circumstances of each case.

So, while it may be tempting to try and “win” your custody case by asking for everything you want and then some, it’s important to take a step back, assess what’s really in the best interests of the children, and make decisions accordingly. Always remember that what is best for the children should be your primary focus from start to finish of your case.

If you’re in South Carolina, it’s important to contact an experienced family court attorney like Ben Stevens today to discuss your child custody concerns.  Even if you aren’t in South Carolina, Mr. Stevens is happy to offer referrals to a well-qualified attorney located in your state.

Mr. Stevens is a Fellow in the prestigious American Academy of Matrimonial Lawyers and the International Academy of Family Lawyers, and he is a Board-Certified Family Trial Advocate by the National Board of Trial Advocacy. If you or someone you know is facing a divorce, separation, child custody, visitation, or other family law case, contact our office at (864) 598-9172 or SCFamilyLaw@offitkurman.com to schedule a consultation.