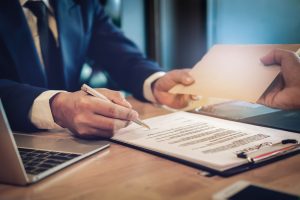 Yesterday I wrote about a case involving constructive dividends. Today it is disguised dividends. The issue in Clary Hood, Inc. v. Comm.,T.C. Memo. 2022-15, was whether the salary and bonus paid to the company’s president (Mr. Hood) was excessive under IRC 162(a)(1) and was therefore a disguised dividend.  Recall that compensation, if reasonable and not excessive, is a deductible business expense for the company, but dividends are not. In this case the company was a C-corporation, which, because of the double layer of taxation (first at the corporate level, then again at the shareholder and employee level), had every incentive to characterize the payment as compensation, not as a dividend.

The company’s story is the great American success story, and the opinion is well worth the read for this story alone.  Starting with little money and used equipment in 1980, the company, largely through the efforts of Mr. Hood, who, together with his wife owned all the stock and were the only directors of the company, became a multimillion-dollar company by 2016 with revenues in excess of 60 million dollars.  Along the way Mr. Hood did what many small business owners do when starting out – he often did not draw a salary, so the business had enough money to pay its other employees and creditors.

When things finally began to turn around, Mr. Hood and his wife, as the company’s directors, decided to pay a bonus to Mr. Hood in the company’s 2015 and 2016 fiscal years.  For the 2015 bonus, the company engaged its outside accountants to perform a salary survey.  Based on the accountants’ recommendations, the company paid Mr. Hood a bonus of 5 million dollars in 2015. The company paid Mr. Hood the same bonus in 2016 but did so without engaging the company’s accountants to perform another salary survey.  Without going through the math, the difference in the Hoods’ pocket between the company declaring and paying a dividend to the Hoods for 5 million (not deductible by the company) or paying the Hoods a 5 million bonus (deductible by the company) was about one million dollars. The substantial increase on Line 12 of the company’s return caught the watchful eye of the Service.  Audits and notices of deficiencies promptly followed, including accuracy related penalties under 6662 for substantial understatement of income.

The company put on several experts to demonstrate Mr. Hood’s bonus was calculated reasonably and the Service put on one expert.  Based on deficiencies in their reports, the Tax Court placed little value in the company’s experts.  On the other hand, the Service’s expert’s report did not have the same deficiencies and the Tax Court found that expert (who concluded Mr. Hood’s bonus was excessive) credible.

The Tax Court determined reasonable compensation for Mr. Hood was $3,681,269 for tax year 2015 and $1,362,831 for tax year 2016.  Further the Tax Court abated the substantial understatement penalty for 2015, based on the company’s engagement of and reliance upon its outside accountants, but did not waive the penalty for 2016 because the company essentially relied on the 2015 accountant report and performed no new study.

Among the issues the Tax Court considered in ruling the bonus was excessive and therefore a disguised dividend, were the following: (1) Mr. Hood had no employment contract with his company; (2) other company executives did not receive bonuses comparable to Mr. Hood’s bonus and the company had no policy in place for setting non-shareholder employee compensation; (3) Mr. and Mrs. Hood were the sole shareholders and sole directors of the company, who, as such, had sole authority to review and approve the bonus amount; and (4) in its entire history, the company had never paid a dividend to its shareholders.

Although every tax case is highly fact specific, things the company and Mr. Hood could have done differently that might have affected the outcome include: (1) had a written employment agreement with Mr. Hood specifying how salary and bonuses would be determined; (2) had a written compensation and bonus eligibility policy for all employees (and followed it); (3) had outside directors and perhaps even an independent compensation committee that reported to the board; (4) had a history of paying some dividends as approved by the board of directors.

For practitioners, this case has an excellent discussion of the “independent investor” test versus the “multi-factor” test for excessive compensation.  It also provides a detailed road map for what expert reports should include to be deemed credible.