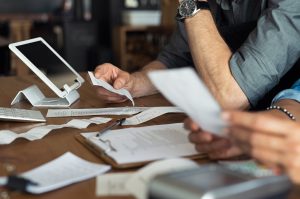 The IRS just released four separate Private Letter Rulings (“PLRs”) addressing the inadvertent termination of a taxpayer’s S-election. It is often said the devil is in the details, which is demonstrated aptly by these four PLRs.  Fortunately for the taxpayer, in each case the Service found that the terminations were inadvertent, which means the taxpayer was allowed to correct the issues and be treated as though the S-election was never terminated, likely saving the taxpayer untold thousands of dollars in taxes, penalties, and interest.  Although PLRs may be relied upon only by the taxpayer who obtained the PLR and may not be cited by other taxpayers in similar positions, PLRs reveal how the IRS approaches certain issues, in this case inadvertent termination of S-elections.

Recall, a small business entity (100 or fewer equity owners) may elect to have the entity taxed as a S-corporation, rather than the default classification of partnership, corporation (meaning C-corporation), or disregarded entity).  Depending on the revenue flow, it is often advantageous for a limited liability company (“LLC”) that would otherwise be taxed as a partnership or disregarded entity to elect to be taxed a S-corporation.  This would permit the entity to receive the asset benefits of being structured as a LLC, and receive the tax benefits of being taxed as a S-corporation.  Similarly, small businesses that are set up as corporations may wish to be taxed as S-corporations, not C-corporations, which is the default classification assigned by the Service (C-corporations have two layers of tax-one at the corporate level and one at the shareholder level, while S-corporations have just one level of tax-the shareholder level).  In either case, the taxpayer and the taxpayer’s owners must qualify and  make an affirmative election by filing certain forms in a timely manner with the Service.

In PLR 2022090001 the taxpayer was a corporation that converted to a LLC, but failed to read or did not understand the operating agreement it adopted.  This happens with some regularity, typically with DIY entities or when done by an advisor who simply relies on “a form” operating agreement without reading or understanding the tax provisions contained in the operating agreement.  In this case the taxpayer’s operating agreement was one designed for a LLC taxed as a partnership, the provisions of which created interests with different rights, which violated the single class of stock rule applicable to all entities taxed as S-corporations (a S-corporation may only have one class of stock so every owner has the same dividend and liquidation rights.  Non-voting shares are permitted if the non-voting shares have the same dividend and liquidation rights).

The Service noted the operating agreement “included provisions in contemplation of Company being treated as a partnership for federal income tax purposes (inclusion of capital account rules under Treas. Reg. § 1.704(1)(b))(analysis supplied); however, the applicability of those provisions was not limited to such a situation…,” meaning that even though the entity was not seeking to be taxed as a partnership, it could under its operating agreement.  In this case the taxpayer failed to make sure the operating agreement was drafted correctly for an entity to be taxed as a S-corporation (failure to remove the capital account provisions among other things).

PLRs 202209003 and 202209005 each concerned trusts as owners of S-corporation stock that failed to make appropriate and timely elections. Only certain types of trusts may be S-corporation shareholders, and one of the steps a trust must take to be an eligible shareholder include making the affirmative election to be an electing small business trust (ESBT) under the requirements set forth in IRC § 1361(e).  In PLR 2022090003, the trust at issue failed to do that.  Similarly, in PLR 2022090005, the trust qualified as an ESBT within the meaning of § 1361(e), but the trustee failed to make an election under § 1361(e)(3) to treat the trust as an ESBT. In other words, make sure you dot your “I” and cross your “T.”

PLRs are highly fact specific, and there is no assurance the Service would come to a taxpayer friendly resolution in a different case. To avoid making similar mistakes, business owners should make sure their business advisors understand the tax ramifications of the business documents being used, and are aware of the steps that must be taken and the time for taking those steps for the entity to make a valid S-election.