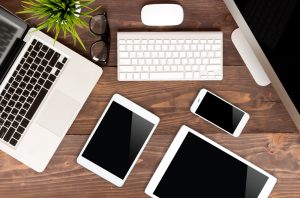 From the hardly noticed case of Sherwin Community Painters, Inc. v. Commissioner, T.C. Memo. 2022-19, come some interesting tidbits.  First, just the facts.  Sherwin Community Painters, Inc. is a C-corporation with a single shareholder.  As its name implies, Sherwin was a painting contractor. The case arose from the Service’s disallowance of certain business deductions claimed by Sherwin and the Service’s attempt to characterize the disallowed deductions as a constructive dividend. The Service also asserted accuracy related penalties against both taxpayers under IRC 6662(a) and a late filing penalty against the shareholder under IRC 6651(a)(1).  All issues were limited to the taypayers’ 2016 tax year and returns for that year.

Among the deductions Sherwin claimed were deductions for office equipment (iPads, iPhones, a speaker, accessories, and service contacts), office supplies, gas, entertainment (remember this was 2016 and entertainment expenses were deductible back then), and a business deduction for a coding course the company paid for that was taken by the shareholder’s soon to be son-in-law.  After the coding course the soon to be son-in-law, using the skills acquired in the course, updated Sherwin’s website and made numerous changes to the website.

PSA No.1 – File a timely request for an extension.  The shareholder’s 2016 return was filed on October 12, 2017, three days before the automatic extension deadline of October 15, 2017 (actually four days because that year October 15th fell on a Sunday).  Had the taxpayer timely filed an extension for the 2016 return, with the extension the return would have been timely filed and no late filing penalty would have been asserted.

PSA No.2 – iPads, iPhones, speakers, and accessories are deductible provided they are ordinary and necessary under IRC 162(a).  The Tax Court wasted little time in allowing this deduction noting the taxpayer properly substantiated the deduction.

PSA No. 3 – Document your barter transactions!  Sherwin argued that its tuition payment to the educational institution for the coding course was essentially a barter transaction in exchange for website design services.  The Tax Court did not dispute Sherwin’s assertion that the soon to be son-in-law performed web design services, but did take issue with the lack of any documentation.  The Court noted the soon to be son-in-law was not an employee of Sherwin and there was no agreement that the web design services were in consideration of payment of the tuition.  It seems Sherwin was arguing an after-the-fact quid pro quo.  Had Sherwin documented (in writing) the arrangement contemporaneously, that deduction would probably have been allowed.

All taxpayers should make sure they file an extension request in a timely manner to avoid a late filing penalty.  All business owners should make sure expenses they deduct are ordinary and necessary, and are properly substantiated in case those expenses are later challenged.  Finally, in the gig economy barter transactions have become more prevalent.  To make sure businesses can deduct these expenses, businesses need to be sure to document such arrangements in writing, contemporaneously.