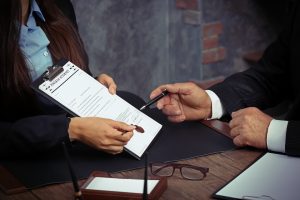 There are numerous decisions that must be made when considering an estate plan. One decision to think about is who will decide things for me from a financial standpoint if I am not able to decide for myself. This could be in a temporary or permanent situation or a situation of ‘cognitive decline’ or ‘diminished capacity.’

A financial Power of Attorney (POA) is a legal document where an individual can set up a series of legal protections to deal with the contingency of incapacity. The individual, as the “principal,” can designate an “agent” to act on his behalf. Most financial POAs are durable in nature, meaning they stay in effect until the principal either recovers or dies. Some states allow springing powers, where the POA only springs into being when the principal is incapacitated. Other states don’t permit this power, so the principal’s jurisdiction is an important consideration.

While many POAs are indeed broad and grant a number of powers, it is important to clarify what powers the principal wants their agent to have. For example, do they want their agent to be able to make gifts on their behalf or change a beneficiary designation on a retirement plan account? A POA is a powerful tool, but all parties should be clear about expectations.

Trusts are another tool for dealing with the issue of diminished capacity. A revocable or living trust allows the person to be the grantor, beneficiary and Trustee of the trust. Thus, the individual remains in charge of the trust assets so long as they’re willing and legally competent. If the individual can no longer serve as Trustee (due to incapacity or otherwise), the successor trustee will take over and act on her behalf. A trust offers a great deal of flexibility without forcing a person to give up any control upfront.

Guardianship pre-designation: For most individuals, guardianship (called “conservatorship” in some states) is a situation that generally should be avoided because it is both cumbersome and expensive. However, in many states, the individual at least can influence who would be appointed as their guardian. These states allow the individual to pre-designate or pre-plan who they would want to act as their guardian. For many states, you can pre-designate a guardian in an advance medical directive.

While not fun to think about, these are important issues that should be addressed in every estate plan.