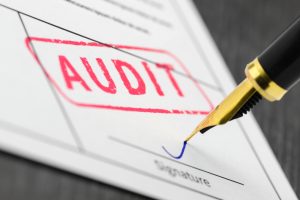 This week I wanted to address a news item about the women’s U.S. national soccer team. These players have very high earning potential (depending upon their performance in the World Cup.) Unfortunately for their employer, the U.S. Soccer Federation, the men’s national team has even higher earning potential (depending upon various issues mentioned below.) This brings up that compensation specter: the Equal Pay Act. The Equal Pay Act provides that those performing equal work requiring equal skill and effort must be equally paid.

The Federation settled an Equal Pay Act and sexual discrimination lawsuit filed by the women’s national team players by paying them $24 million (in total; $22 million is paid outright to the women and their lawyers). The settlement is contingent upon the players entering into a new collective bargaining agreement with the Federation and court approval.

This is the real headache: the Federation still has to reconcile the current pay structures to ensure equity. At the moment, male players get $407,608, and a woman makes $110,000 if their team wins the World Cup. Women receive $37,500 for making a World Cup team; men receive $67,000. The men’s team receives pay even if they lose to a team outside the top 25 in the FIFA rankings and a bonus of $9,375 for winning. Women receive nothing for losing and $5,250 if they win.

It really doesn’t matter if the women’s team deserved this win. It was very expensive for the Federation, cast it in a very negative light, and they ended up paying a lot of money to get rid of these expenses and ensure the women will play. So audit your company to ensure that those who are performing the same or very similar jobs are receiving the same money and benefits under the same working conditions (guaranteed by Title VII). And remember, the amount someone is making is NOT confidential information. Prohibiting workers from discussing pay violates the National Labor Relations Act. So people can compare notes.

Tell me about your experiences with equal pay issues, or contact me for more information on audits.