Father Wins Child Custody Case and is Awarded Over $675,000 in Legal Fees 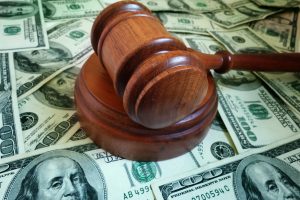 In a decision that is likely to send shockwaves through the Canadian family law community, a father has won a child custody case and been awarded $677,610 in legal fees. The unprecedented award is thought to be the largest ever granted in a Canadian child custody case. The father, who cannot be named due to a publication ban, had been involved in a bitter five-year custody battle with his ex-wife and was awarded full custody of their two sons, ages five and seven.

Justice Heather McGee of the Ontario Superior Court presided over the 39-day trial and issued the ruling, which included a detailed parenting plan and the shocking fee award. The trial included overwhelming evidence of the mother’s campaign to have the children outright reject their father. Beginning immediately after the parties separated in July 2016, the father had no contact at all with his children for thirteen months. Even after securing some visits, in the five months leading up to the trial, the children only spent a total of nine hours with their father.

For many fathers, the lengths to which the mother went aren’t all that hard to believe. She promoted a series of false allegations against the father, including physical and sexual abuse reports to police and various other child protective agencies. When allegations were found to be without merit, there would be more allegations to replace them. Even when the father was allowed to visit with the children, the mother would tell the children that there should be “no hugs and kisses” with their father. She also refused to allow the father to celebrate birthdays with the children.

After hearing all the evidence, Justice McGee’s ruling ordered an immediate transfer of custody to the father. She also crafted a unique parenting schedule designed to undo the damage caused by the mother’s intentional years-long alienation campaign and to hopefully help the children restore meaningful relationships with their father.

This schedule is very similar to what is often recommended by forensic psychologists and other child custody experts in cases of parental alienation. She ordered that other than two 30-mintute Zoom calls per week with their mother, the children would only have contact with their father for the first ninety days after the transfer of custody. The children could visit in-person with their mother for up to ten hours each week during that time only if the visits were supervised by a child and family therapist. After the first ninety days, the mother’s parenting time will gradually increase (assuming no further violations of the court order) until the children will ultimately enjoy a week-on, week-off schedule with their parents.

At the end of the trial, Justice McGee acknowledged that the emotional costs of the protracted litigation could never be overstated, and she found that the financial costs have essentially decimated the parties’ financial resources. The trial is said to have cost the parties over $1.7 million dollars by the end of it. Father had asked the court for an award to cover his entire amount of legal and expert fees to the tune of $937,510, while the mother argued she could not pay more than $50,000 due to her limited financial means.

Justice McGee wisely explained that while the father did win and achieve the results he’d fought so hard for so long to achieve, winning alone is not enough to entitle him to all of the fees he was seeking.

“Success alone is not a sufficient basis for an award of costs because the measure of success belongs to the child. It is the child’s success that is the object of the proceeding.” She wrote in her ruling.

Using the prior settlement offers each party had made prior to the extended trial, the Justice ruled that since the mother had “acted in bad faith” by stating that she would support a full and healthy relationship between the children and their father, but instead was “intentionally [taking] steps to sever their sons’ affection, sense of safety and self while with their father, [Mother] caused the boys to suffer emotional harm.” In Ontario, and other Canadian jurisdictions, this finding of bad faith ratchets up the serious cost consequences in family law litigation.

“A former spouse who engages in ‘win at all costs’ litigation chooses to be as answerable for the resulting litigation fees to the other side as for one’s own fees,” Justice McGee noted adding that these types of awards serve to discourage unreasonable litigation.

“A successful litigant is a parent who respects a child’s ongoing attachment to his or her parent while uncoupling from that parent as a former partner.” – Justice Heather McGee

This groundbreaking decision is likely to set a precedent in Canadian family law and should serve as a warning to parents around the globe who engage in campaigns of parental alienation. If you are facing a situation like this, it is important to get experienced legal help right away. The team at our firm has experience dealing with these difficult cases, and we are ready to fight for what is best for your children. Contact us today for a consultation.