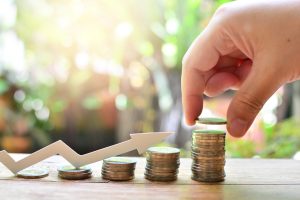 Up until the early 2000s, the valuation of a privately held company was determined largely by following the guidelines of a 1959 revenue ruling issued by the Internal Revenue Service, which focused on earnings. A lot has changed and a lot has remained the same since then. How will your company be valued in the market? Presently, the most common valuation methodologies are (1) a multiple of earnings before interest, taxes, depreciation and amortization (“EBITDA”), and (2) a multiple of gross revenues. The multiple of EBITDA method remains the most commonly used method of valuation. Earnings, or profits, before the deductions for depreciation, interest, taxes and amortization are determined for anywhere from the most recent one year to most recent three year period. The earnings are then adjusted, or smoothed out, to eliminate unusual variances that will not be recurring, such as one-time gains on sales of assets or one-time losses. The average adjusted earnings are then multiplied by a cap factor. The cap factor used ranges widely, depending on the industry. A more recent valuation phenomena, which is now commonly used, is the multiple of revenue method. By this method, gross revenues are simply multiplied by a number. As with the EBITDA method, the range of multiples can vary widely, again, depending on the industry. The revenue multiple method is not for every company. Younger companies with no profits or companies which have very fast growth prospects are often valued using the revenue multiplier method. Not surprisingly, that method is now common for technology companies. Under either the EBITDA or the revenue multiplier methods of valuation, a gem looked at and favored by buyers is recurring revenue, meaning revenue that is expected to continue in the future. Today, most companies that desire to increase value should focus on adding recurring revenue. Before looking for a purchaser for your company, it is important to understand how your company will be valued. The above nugget offers a brief explanation of that.

If you have any questions about this or any other M&A issue,
please contact Glenn Solomon at gsolomon@offitkurman.com or 443-738-1522. 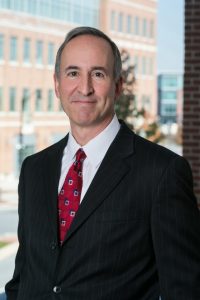 Glenn D. Solomon is a principal at Offit Kurman and has provided counsel to businesses and business owners for more than twenty-five years. He has extensive experience in the purchase and sale of businesses, structuring ownership agreements, and advising companies in financial distress.