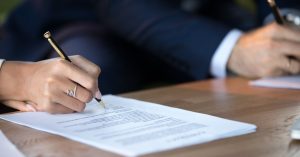 Over the past twenty years, we’ve all watched several celebrities, such as Britney Spears, Mario Lopez, Janet Jackson, Kenny Chesney, and Kim Kardashian just to name a few, have their marriages annulled and act as if they never happened. But what does having a marriage annulled really mean, and is this something that is available for “regular” people who regret their choice to marry?

In South Carolina, divorce is certainly the most common way to end a marriage. What you may not realize is that it is not the only way. There are certain (and very limited) situations where you are permitted to file for an annulment instead of a divorce. Meeting with an experienced family law attorney to discuss your specific situation is the best way to figure out if you meet the requirements necessary to receive an annulment.

An “annulment” is a way of declaring a marriage “null and void.” Unlike divorce, which simply ends a legal marriage, an annulment means that the marriage itself was invalid and thus, legally treats the marriage as if it never happened. Divorce also entitles parties to various benefits from the marriage that are not available to those who end a marriage via annulment.

There are several specific reasons that will usually justify annulments in South Carolina. The first situation where annulment is permitted is in the case of an underage marriage. If either you or your spouse was younger than the age allowed for marriage in South Carolina, and you did not obtain the required parental consent, then the parties will be permitted to get an annulment.

Bigamy (marrying someone who is already legally married to another person), lack of mental capacity, and duress (forced marriages) are other permissible reasons for an annulment. Many people have heard about a failure to consummate a marriage as justification, but many courts consider living together to be a sufficient connection to disallow annulment.

The final reason for an annulment is fraud. This means that if a marriage took place under fraudulent terms, it can be annulled. An example of such fraud would be if a woman were pregnant with another man’s child but told her future husband that the baby was his in order to get him to marry her.

Each possible basis will have to be demonstrated to the satisfaction of a trial judge if you’re seeking an annulment. Your word alone will not be enough; independent proof will typically be required, along with a witness who can testify about that evidence outside of the two people seeking an annulment. Given the complexities involved, a no-fault divorce is often the simpler option to get out of a marriage that isn’t working or should have never happened.

As mentioned above, it’s critical to speak with an experienced family law attorney to discuss your options and help you decide how best to proceed in your particular circumstances.

Ben Stevens has provided exceptional legal counsel and support to families throughout South Carolina for over twenty-five years, handling all matters of family law, including separation and divorce cases. He is a Fellow in the American Academy of Matrimonial Lawyers and a Board-Certified Family Trial Advocate by the National Board of Trial Advocacy. He and his team are well-equipped to handle all divorce and family law matters, no matter your circumstances. Contact our office at (864) 598-9172 or SCFamilyLaw@offitkurman.com to schedule an initial consultation.