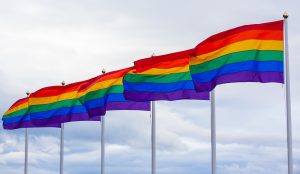 Prior to this landmark decision, only 37 of the 50 states permitted same-sex marriages. The United States is now the 21st country to legalize them. The importance of this decision is that married same-sex couples may now enjoy the same legal rights and benefits as married heterosexual couples, and they must also be recognized on official documents such as birth and death certificates. This decision, perhaps not coincidentally, was issued nearly 46 years to the day after a riot at New York’s Stonewall Inn ushered in the modern gay rights movement.

Unfortunately, the Obergefell decision was not the end of discrimination and legal difficulties for same-sex couples. Spartanburg CBS affiliate WSPA recently reported on a situation where members of the LGBTQ community continue to face an uphill battle in seeking their right to protection within the family court system when it comes to domestic violence.

The problem stems from the fact that while case law says one thing (same-sex couples have the same constitutional rights as other couples), South Carolina’s statutes, forms, and procedures for dealing with inter-relationship conflicts have yet to be updated with gender-neutral language. As a result, our state laws and even the state constitution still define the marriage relationship as occurring between a man and a woman.

As discussed in the WSPA article, some judges have claimed they were unable to hear a domestic violence case involving same-sex parties because of the wording of the existing laws. This issue is extremely important because people who are LGBTQ are at a higher risk of being abused, according to the 2010 National Intimate Partner and Sexual Violence Survey.

LGBTQ Issues are Ever Evolving

Legislation has been proposed to update the code of laws to use gender-neutral language. If passed, the new definition for specific purposes of protection in domestic violence cases would be “persons who are cohabiting or formerly have cohabitated.” It would also add language to include people who are or were in a “dating relationship.”

When facing family law issues, it is important to have an attorney that understands the unique issues that may be involved in your particular case.  Our attorneys keep up with the developing trends in all aspects of domestic litigation, and Ben Stevens has been an ally and proudly represented same-sex couples and the LGBTQ community in these cases for many years.