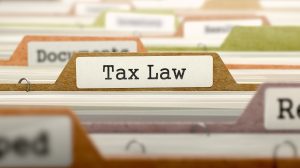 My recollection is that Ben Franklin can be credited as saying, “nothing in this world is certain except death and taxes.”

Perhaps more apt right now with all the pending tax legislation and the potential changes to the estate tax system is that nothing is certain about death and taxes!

As tax advisors, we have been waiting on pins and needles to see whether a new tax bill will be passed and, if it is passed, what language the final bill would contain. While the proposed legislation failed to include any changes regarding estate taxes, including a reduction in the estate/gift tax exemption amount to approximately $5,000,000 like many thought, that is not to say it may not be added later. Anything can still happen, and we could find ourselves in a situation like 2012, where a significant change was made at the 11th hour.

At this time, the main focus is a new 5% tax to be applied to individual taxpayers’ whose Modified Adjusted Gross Income (MAGI) is in excess of $10,000,000 ($5,000,000 if married but filing separately) and high income (really about $200,000) earning trusts and estates.  There is also an expansion of the Net Investment Income Tax for individual taxpayers with a MAGI in excess of $400,000 ($500,000 for joint filers) and trusts and estate undistributed income with no income threshold.

Should the new proposed tax legislation go into effect on January 1, 2022, high earners will also feel a significant impact on their Net Investment Income Tax, specifically those who use S-corporations and partnerships to shield themselves from higher taxes.

Other proposed changes to note include a 100% gain exclusion on the sale of Section 1202 Qualified Small Business Stock would be limited to 50% of the gain for those with an AGI exceeding $400,000 (unless otherwise contracted for prior to September 13, 2021), a requirement that cryptocurrencies be subject to the constructive and wash sale rules, and 15% minimum tax for large corporations on reported income to be calculated based on complex formulas.

The proposed legislation did not include (as was originally expected) a removal of the limitation on deductions for State and Local Income taxes paid (SALT Cap). There was no proposal for an increase in personal income tax or capital gains tax rates, no proposal to compress the current rate brackets, and no proposal to deny fair market value income tax basis for estates of individuals who die owning appreciated assets.

To recap, some of the best news from the proposal came from what was omitted: