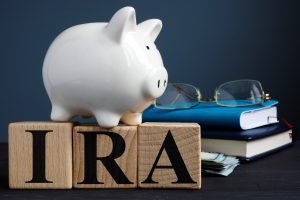 There are certainly valid reasons for naming a trust as beneficiary of an IRA.  But if an adult beneficiary is otherwise healthy and responsible, and if there is no desire to control assets after death, then naming a person directly as an IRA beneficiary may be a better option.

In cases when a trust is necessary, be sure the trustee – the person responsible for following the provisions of the trust and dispersing its assets — understands the trust and IRA rules. Putting an inexperienced trustee (often an unwary family member or friend of the family) on such a task can lead to a number of egregious mistakes.

I’ve reported on botched IRA trust beneficiary articles in the past.  In a recent Private Letter Ruling (202125007) relayed a few months ago by the IRS, an IRA owner named a trust as an IRA beneficiary. After her death, the IRA assets were properly moved into a trust-owned inherited IRA.   In this case:

When inherited IRA dollars are withdrawn by a non-spouse beneficiary, there is no putting the genie back in the bottle.  Even if the error is discovered within 60 days of the original transaction, a rollover is not allowed, and the distribution is likely going to result in the entire account being subject to tax.

Even though the trustees identified their error several months later and requested that the former IRA dollars be returned, there was no remedy that could be done here. The IRS concluded that: “…once the assets have been distributed from an inherited IRA, there is no permitted method of transferring them back into an IRA.”

The moral of the story is to be sure that there is a good and legitimate purpose of having a trust that will inherit the IRA account, and if there is a good reason, be sure there are safeguards put in place so mistakes are not made by the Trustee along the way.