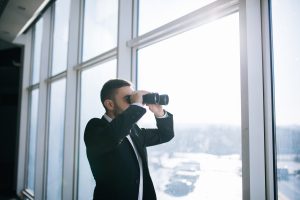 Gone are the days when divorcing spouses could only rely on a private investigator in order to gather all the dirt on their soon-to-be-ex. A combination of suspicious husbands and wives along with increasingly affordable high-tech gadgets have made it much easier for ordinary people to spy on their significant others.

Such technology used to be only available to law enforcement officials, private investigators, or others with large budgets. Over the past decade, such technology has become available, and more importantly, affordable to more and more ordinary consumers. Because of this, family law attorneys often see divorce cases being turned into something that resembles more of a battle than a court case, meant to build new lives for couples who no longer want to be married.

In my own practice, I have increasingly seen that most infidelity cases begin with or involve some kind of spying that revealed the infidelity or at least the opportunity for infidelity. Spouses who have doubts about their partner’s trustworthiness can now very easily dig into the private lives of those they love and eventually find answers.

Companies that sell GPS trackers have seen an increase in sales. The introduction and widespread use of at-home security systems and “nanny-cams” have also encouraged married couples to use these devices to spy on their spouse when they aren’t around.

While this type of behavior has increased, this is nothing new. A February 2012 report by the American Academy of Matrimonial Lawyers found that 92% of lawyers surveyed had seen an increase in evidence from smartphones, specifically mentioning the boom in the use of text messages, emails, call histories and GPS location information.

The technology available to romantic partners since then has only gotten better and easier to use. Many family law attorneys now have provisions in their retainer agreements that require their clients to completely lock down their online life and/or change all passwords before retaining the law firm.

One problem associated with this spying behavior is the obvious invasion of privacy. The legality of spousal spying is complicated, as courts across the country are not in agreement over what constitutes a “reasonable expectation of privacy” in a marriage.

In one Nebraska case, a mother who placed a listening device in her daughter’s teddy bear to record the girl’s father was found guilty of violating the Federal Wiretap Act. In Iowa, a court ruled that a man had violated his wife’s privacy by taping her with a camera that had been installed in an alarm clock in their bedroom.

Altogether, at least five of the 13 U.S. circuit courts have found that the Federal Wiretap Act does prohibit surveillance within marriages, and that number will likely continue to grow. However, at least two have ruled the exact opposite, saying that the law does not prohibit recording your spouse.

Another concern for those doing the snooping is the possibility of a stalking charge. If the information is used to harass or intimidate someone, a person can face prosecution for stalking or related offenses. Spouses using spying tools could also run into trouble with wiretapping, cybercrime, or trespassing laws, and may even expose themselves to civil suits.

Given the potential legal trouble associated with spying on your spouse, it’s best to avoid any such stealthy operations until you’ve spoken with an experienced South Carolina family law attorney who can advise you on your specific situation.

If you find yourself facing the prospect of a divorce, separation, child custody, or other family-related issues, you need the help of an experienced South Carolina family law attorney to guide you through the difficult process.  Ben Stevens has handled these cases across South Carolina for over 25 years. You are invited to contact our office today at (864) 598-9172 or SCFamilyLaw@offitkurman.com to schedule an consultation to discuss how our firm can assist you through this process.