The Trouble With Lengthy Separations 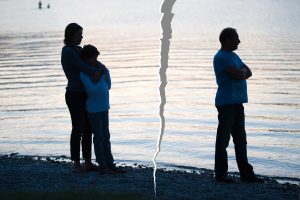 Many people who notice serious trouble in their marriage are inclined to try a separation instead of moving towards a complete divorce. While this may be understandable as a bridge towards eventual change in the relationship, lengthy separations can become problematic if they linger on without end. Also, long-term trial separations without the benefit of a court order can lead to numerous problems for a future divorce action.

One of the first issues is the fact that neither party has control over how the other manages the marital assets and debts. In other words, you have no way to police or control what your partner spends or saves, which means that you might end up on the hook if your spouse decides to incur significant debt.

Long-term separations also provide the perfect opportunity for your spouse to hide assets. If your spouse has a devious mind and the relationship remains hostile, he or she could be using this long time apart to squirrel away money that you then lose track of in an eventual divorce. A long separation can make it difficult, if not impossible, to monitor the financial lifestyle of your partner and thus makes it easy to miss important signs that assets are being hidden.

Another problem that many people may not think of in long-term separations is that you may be forced to deal with a reduced standard of living that could end up making it harder to get alimony. If you spend years accepting a reduced standard of living, it can be harder to later argue that you are entitled to the same standard of living you enjoyed during your marriage. In a courtroom, the judge will be most interested in the precedents set during the most recent years of the marriage. If you are separated for several years, those become the years the court looks to in order to determine the lifestyle you’re able to maintain going forward.

A final problem associated with a lengthy separation is that both parties are prevented from moving on with their lives. Divorces can be hard and are emotionally draining for almost everyone, especially when there are children involved. However, despite its difficulty, it at least has a silver lining – you are finally out of an unhappy or unhealthy relationship and your children can enjoy a life without that added stress.

As much as a divorce represents a painful ending, it also represents a powerful new beginning and a chance for both you and your former spouse to start newer and happier lives. In many cases, the sooner that new life begins, the better.

Ben Stevens is a Fellow in the prestigious American Academy of Matrimonial Lawyers, and he has provided exceptional legal counsel and support to families throughout South Carolina for a quarter of a century, handling all matters of family law, such as divorce, separation, and child custody cases. He and his team are well-equipped to handle all divorce and family law matters, no matter your circumstances.  Contact our office at (864) 598-9172 or SCFamilyLaw@offitkurman.com to schedule an initial consultation.