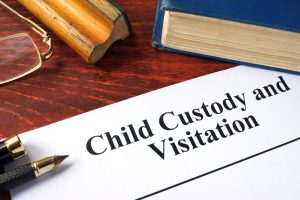 If you’ve already been through a contested child custody case, the thought of going through the same ordeal again could seem daunting. Ideally, your original agreement or Order was written with enough clarity and flexibility to last until your child or children become adults. Unfortunately, that does not always happen.

If there has been a significant or substantial change of circumstances since the last Order was issued and one parent believes that a change is necessary, an action for child custody modification in South Carolina may be in order. The following factors may lead one to seek a modification, along with some others that will likely not prove fruitful:

One of the most common reasons for seeking a child custody modification is when one parent believes the other is unfit to continue parenting. In these cases, the parties should brace themselves for what will surely be a contentious battle, usually involving mudslinging between the parents detailing all of each other’s alleged flaws. Of course, this approach should only be undertaken if the other parent is truly unable to care for the child or there are allegations of abuse.

The flip side to this is a modification case based on one party’s rehabilitation. If a parent was initially denied custody but has since rehabilitated him or herself, it is possible that person could later request a modification based on the changes that have taken place since the original decision was made. These cases require verifiable proof of a change, along with evidence that it is in the child’s best interest to modify the existing arrangement.

Problems Experienced by the Child

Another reason to consider seeking a custody modification is when a child has begun having serious problems, and one parent believes the circumstances of the child’s life with the other parent have led to those problems. To succeed in such a case, the petitioning parent will need to prove that the child is having legitimate problems in the other home environment, that the other parent is either unconcerned or unable to address the problem and that the parent seeking the modification is best able to resolve the issue.

These cases occur almost always when teenage children decide they want to have more contact with their non-custodial parent, often after experiencing problems with their custodial parent. The Court should always consider the child’s preference in any custody action, and most judges begin to put more weight on those preferences when the child is a teenager. However, the Court will also take the reason for that preference into consideration, because many teenagers simply want to go to the least restrictive environment, which is not always in their best interest. So, while the Court must consider the child’s preference, it should also consider that particular child’s age, maturity, and judgment in doing so.

Reasons Not to Modify Child Custody

While there are many factors that serve as the basis for custody modification in South Carolina, our courts are clear that some reasons will not suffice. These include the remarriage of a parent and/or the birth of another child. Beyond these reasons, it is important to ask yourself whether you think a modification is truly in the best interest of your children. If any part of you is motivated by a desire to hurt your ex or make his or her life more difficult, think long and hard before undertaking the expensive and potentially damaging step of embroiling your family in yet another legal battle.