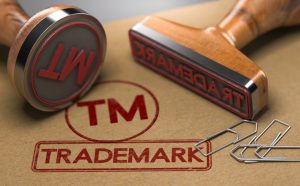 Amidst a huge influx of new U.S. trademark applications being filed primarily on behalf of Chinese entities, the United States Patent and Trademark Office (USPTO) has had trouble keeping up in its efforts to take prompt action on pending cases.  While the time it takes from when an application is filed until an Examining Attorney is assigned and takes a first action has almost suddenly changed from approximately 3 months to an average of 6 months, the USPTO is proposing to increase the burden on trademark owners by requiring them to make submissions more quickly.

The Trademark Modernization Act of 2020, among other things, gives the USPTO the authority to alter the time required for applicants and registrants to make responsive submissions from the 6-month period that was dictated by statute.  As I understood, the original intention behind providing such authority was to allow shortened deadlines in easier cases, such as when all that is needed is a simple disclaimer of an obviously descriptive term, a claim of ownership of a prior registration, or the signed consent of a living individual whose name is part or all of the applied-for mark.  It was not broadly discussed as something to be applied across the board.  Under the USPTO’s proposed rules, in all cases, trademark owners will need to take action likely within 2 or 3 months, or they will incur additional fees to extend the deadline.  Most practitioners have already concluded that the rules as proposed, or perhaps a slight variation, will be adopted.

This may pose new challenges for many stakeholders not only because they have long been accustomed to having 6 months to address issues and because their docketing software was built based on the 6-month period, but also because the USPTO’s increased scrutiny of submissions in recent years has required trademark owners to address a greater number of issues than before.  Moreover, trademark applicants and registrants are not uniform.  Some are based abroad and may require translations and explanations.  Others may be corporations wherein the trademark or legal contacts may need to communicate and collaborate with multiple layers of personnel to collect appropriate information and evidence and to make decisions.

The USPTO also proposes to require fees to extend a deadline out to the full 6-month period, except where a foreign owner seeks registration under the Madrid Protocol, a treaty that facilitates multi-national registration.  The new costs will add to the burden on applicants and registrants, which are already tolerating increased fees implemented last January, and the uneven application of the shortened response times may incentivize trademark owners from abroad to use the treaty, which has its own limitations and pitfalls.

We doubt that the proposed rules will do much to speed up the process of registering trademarks because applicants are likely responsible only for a small proportion of the delays in examination.  We suspect that shortened response times may ultimately result in less thorough responses and an increased number of Office Actions in any given application.  From our perspective, the problem is more about resources in the USPTO, and the agency has initiated other efforts to address that.  We have accordingly submitted comments in support of our trademark clients in response to the USPTO’s proposed rule.  We anticipate that the USPTO will likely issue a final rule around September of this year, and that it will take effect by December 27 as required by the statute.  However, the proposed rule suggests that the shortened response times are more likely to be implemented as of June 27, 2022, because the USPTO is not required by the statute to implement that aspect by any particular time.

Offit Kurman’s team of trademark attorneys is happy to discuss all aspects of the proposed rules and our comments in response to them, and we are prepared to aid our clients during the transition and once the rules have taken effect, by assisting in the development of internal Standards of Procedure and making sure that all responses are prepared thoroughly and on time. 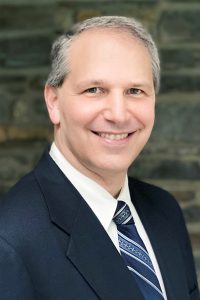 Matthew Asbell assists clients in clearing, obtaining, enforcing, and defending trademark rights in the United States and throughout the world.  He also provides advice on patents, copyrights, domain names, and other related areas.  With prior background in the entertainment industry, information technology, and medicine, he is comfortable working with a wide range of clients in diverse industries.  In addition, his certifications as a Social Media Strategist and software Master Instructor equip him to handle complex intellectual property matters arising in the Web 2.0 space.