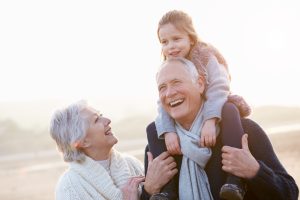 The breakup of a family with children gives rise to the question of custody and visitation. In the vast majority of cases, Mom and Dad are the interested parties who are pursuing custodial or visitation rights. But what about the grandparents?  What if the grandparents are being denied contact with their grandchildren by the custodial parent(s)?  If denied visitation with the children, what are the legal rights of a grandparent in North Carolina?

Under North Carolina law, the right to access to grandchildren by their biological grandparents over the objection of the parents is defined by statute.  Due to biological parents’ superior right to make decisions affecting their children and the courts’ interest in protecting intact families, the avenues for grandparents to seek relief from the courts are limited.

Federal and state courts have long recognized the constitutionally protected rights of biological parents to the care, custody and control of their children.  Those rights are considered paramount.  The right to decide with whom the children associate or visit is one of many rights that are granted to the biological parents.  It is presumed that the biological parent will make decisions, including visitation, that are in the best interests of the child.  Due process protects the fundamental right of a parent to make decisions affecting the child’s care, custody and control.

In contrast, grandparents do not have constitutionally protected rights to access the grandchild.  Grandparents are not included in the protected class enjoyed by the biological parents. They are considered “third parties” and must have “standing” in order to be allowed to come into court to seek and be awarded visitation rights.  Whether a grandparent has standing to pursue visitation rights in court is defined and governed by statute and case law.

In North Carolina, there are three statutes that specifically define and recognize a biological grandparent’s standing to seek visitation rights:

The common thread among the three statutes is that in order for the grandparent to be permitted to intervene and petition the court for visitation, he or she must allege and prove that there is “strain” on the family relationship, such as an ongoing custody dispute, adoption, separation or divorce and thus the child’s family is not “intact”.  If the children are in an intact family, the grandparents will not have standing and therefore, will not be allowed to disturb or disrupt the family by taking the parent(s) to court over visitation.

The statutes also provide that the biological grandparents shall, under no circumstances, be entitled to visitation rights with a grandchild who has been adopted, where  the adopting parents are not related to the child and the parental rights of the biological parents have been terminated.